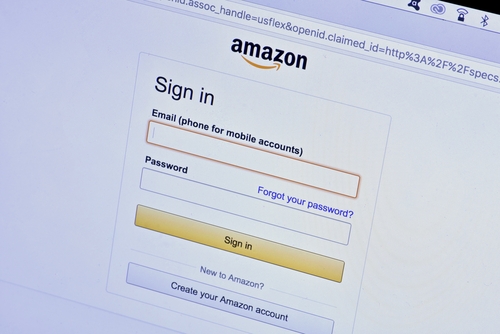 Come all ye eager authors
A story hear from me,
About publishing on Amazon
I’ll say this much: it’s free.

It’s a familiar story, and maybe it’s your story, too: author works long and hard over first novel, and gets rejection after rejection.

I had worked on my novel, The Monk Woman’s Daughter, for thirteen years: researching, writing, learning how to write better, writing and researching some more. When I started, I was working full time and had two teenagers; when I finished, I was retired and they were in their late twenties.

Belief in Self vs. Inner Critic

Part of me took courage from my conviction that I had written a good novel. Part of me was a quivering mess, blubbering that I was delusional. I told myself it was the best I could make it, and I just needed to get my courage up and  follow the conventional publishing route of finding an agent, then finding a publisher.

What if I couldn’t? What if I was really that most pathetic of creatures, the “failed author,” someone who spent years of her life writing a book, one that only proved she had no talent?

I took workshops about contacting agents, went to conferences where authors did “speed-dating,” spending three minutes or so with agents. I researched them, I subscribed to databases to send queries. I got occasional interest, but I didn’t find anyone who wanted to represent me and my book.

I gave it my best shot. I truly did. I wrote targeted queries to 100 agents—I can show you my spreadsheet.

It took me a year and a half, partly because the work is so discouraging. And here’s why: it isn’t just that so many agents said no, thanks, although many of them did. It was also the fact that so many of them didn’t bother to answer. Not even an automatic e-mail saying, “Thanks for your submission. If you don’t hear from us, please don’t be a pest.” This would be after I’d tailored the query as they wanted it—and every last one of them wanted something different.

About half of them didn’t answer at all. Another thirty percent or so sent the automatic e-mail without anything else. Some wanted the whole book, which made me unreasonably happy, only to write back that it wasn’t really a fit for them.  One agent was very interested, and very kind, but became seriously ill shortly after she read the manuscript. I don’t think there’s a causal relationship there.

Another reason it took a year and a half is we moved across the country.  I started writing another book, and I digressed. As I’m doing now. Here’s the point.

I Didn’t Want to Pay

I didn’t want to pay to publish my book.

Actually, that’s not the whole truth.

And then in 2016, I found out Amazon would publish my book for free.

So I went to the Kindle Direct web site and followed the directions.  You can publish, for free, to their Kindle store. Just upload your manuscript, edited and prepped the way you want it, and they will market it. You can work with their service CreateSpace, which provides some services free, but which very quickly goes to services you have to pay for, and I thought their contract more restrictive, so I didn’t.

The uploading process was not nearly as zippy as they made it sound—is it ever? Tech support on Amazon is as elusive as any safari quarry.  (I actually did reach someone once who could help me—by calling the 800 number for ordering books and getting transferred all over the place. When I asked for a direct number, the person I was talking to said they didn’t give it out.) And publishing isn’t automatic after you’ve uploaded—they do have some standards.  But after several concentrated days of shredded hair and some truly spectacular swearing on my part, the book was up on Amazon.

My book was published!

But only as a Kindle.

What will happen to our author? Will more than 10 people buy her book? And if they buy it, will they read it?