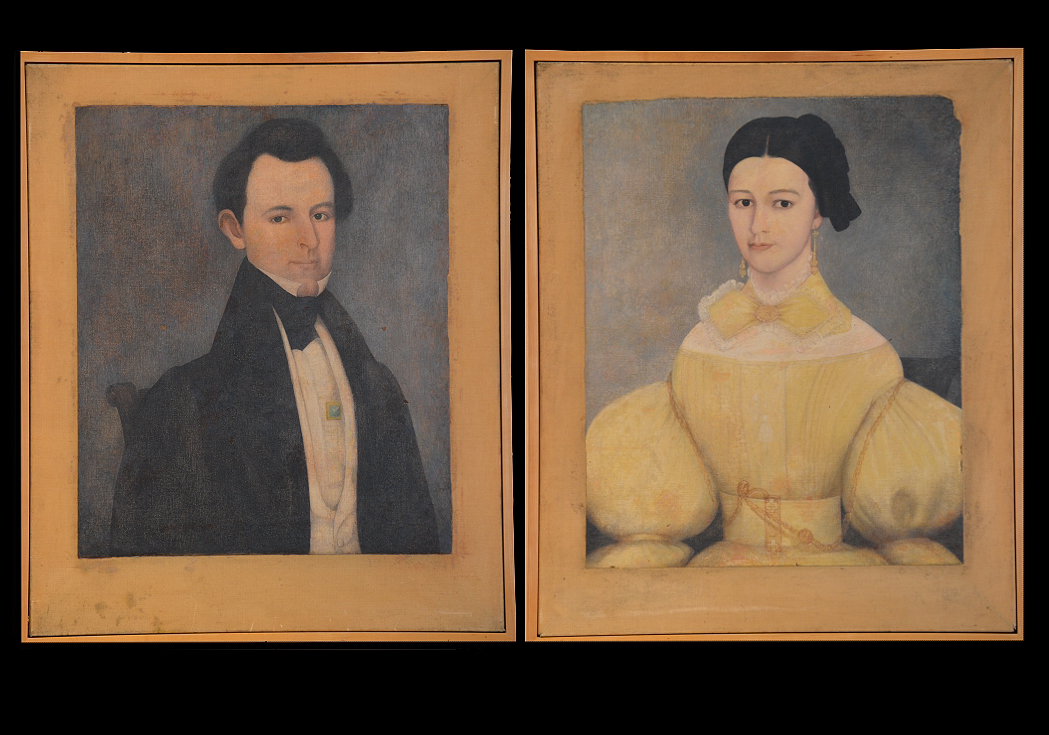 The portraits of my ancestors Osborn Scott and his wife Emily Newman Scott have hung in my house since 2016, when my mother died. She had the portraits for about 35 years, and before that they hung in my grandmother’s house. We, their descendants, know they lived in Jefferson County, Mississippi, near Natchez. We know they were wealthy and that they kept people as slaves. The Scotts were heavily invested in a cruel system, a system that morphed into other forms of injustice after slavery officially ended.

I feel like I ought to do something about that. I just don’t know what.

It’s Not About Guilt

Robin DiAngelo points out in her book What Does It Mean to Be White? that guilt is a common response for white people when they begin to take racism seriously. It’s a normal response. It’s what we do with the guilt that matters. We can become resentful or angry, avoid dealing with it, or just become incapacitated. She writes, “Racism and our involvement in it cannot be avoided, and that is not our fault.” Repeat that: that is not our fault.

She says the most constructive thing is to take responsibility and work against it.

What can I do for a group of people who suffered such monumental injustice for centuries, for their descendants? Money? If I gave all I own to some cause, it would be gone in a nanosecond. How would I even figure out who they are? No birth certificates, no death certificates—simply treated like livestock. The U.S. Census listed the names of my ancestors. Slaves were merely counted.

But how to find their descendants?

That took a lot of work and a lot of money. Georgetown alum Richard Cellini put that effort together and the Georgetown Memory Project has since found more than 10-thousand descendants. Georgetown offers them preference in admissions, and community projects and history curricula are going forward. It seems like a perfect act of reparations: targeted precisely to the people whose ancestors were most harmed, and giving what Georgetown has to give.

But students demonstrated in October of 2019, protesting that the effort wasn’t moving fast enough, not giving the right kind of help, and not helping the right people.

If this well-intentioned, well-heeled group of people can’t get it right, what chance do I have?

Reparations paid to others

Legal systems everywhere require some form of reparation for injustice, and authorities in the United States have paid reparations to other groups of people: the U.S. government to Native American and Japanese Americans, the government of North Carolina to victims of forced sterilization, the city of Chicago to survivors of police brutality. Such reparations have not always gone well. They fall victim to insufficient funds, the fact that no amount of money will erase the pain, and maladministration often due to the very racism that caused the injustice in the first place.

The most famous of reparations offered for slavery, “40 acres and a mule”, didn’t work out, partly because of disputes over which 40 acres and whose mule this would involve. But the United States had another choice at the time: the Homestead Act had been passed in 1863, during the Civil War. Under the terms of the act, more than 1.5 million families, most of them white, received 246 million acres of western lands, virtually free.

Recognizing that most newly-freed African-Americans could benefit from such an act, Congress passed the Southern Homestead Act, which was supposed to offer them lands in the south under much the same terms. Still, not only was most of the land unfarmable, but the obstacles that seemed so low to most whites—a small amount of cash, the ability to read, write, and file a claim—were huge barriers. That, and the fact that white landowners had cajoled or threatened many black workers into signing contracts that would not let them leave their jobs before January 1, 1867, the date the act expired.

Good intentions demolished by greed, injustice, and racism. Yet one more time.

Ta-Nehesi Coates summed it up in his 2014 Atlantic article, “The Case for Reparations.” “Two hundred fifty years of slavery. Ninety years of Jim Crow. Sixty years of separate but equal. Thirty-five years of racist housing policy. Until we reckon with our compounding moral debts, America will never be whole.”

And the “we” who must act is white people. It’s true that many white families have no history of enslaving black people, that their ancestors were running from the czar in Odessa or digging coal a quarter of a mile below the surface in South Wales when it all went down. My Storer ancestors lived in Maine from 1753 until my dad left in 1940. I can safely say they didn’t get rich from the slave trade, as many northerners did, because they never got rich, period.

Money won’t do it. Nor will historical projects. Although that’s a good start. In fact, I don’t think there’s anything that could really make up for centuries of bondage, misery, cruelty, and erasure of identity, nor for the way in which slavery and its spawn have twisted our souls.

Any guidance from the ancestors?

Osborne and Emily Scott still look steadily out from their painted canvases. You may have noticed that the portraits look oddly incomplete. The painting stops before you get to the frame. That’s probably because they were cut out of the frames when someone in the family had to move quickly, and I don’t know if that was to save them from the Yankees or when my great-grandmother decided to bail on her aristocratic relatives and go open a boarding house. When my mother had the portraits restored in the 1980s, the conservator suggested that we show what would have been the original size.

Their picture is incomplete in other ways, too. I don’t know, for example, how many people they held as slaves in 1860. That portion of the Slave Schedule may not be online, because I can’t find him. I know that his personal wealth was $3.5 million in today’s dollars, and that may not even have included slaves. I do know he held 36 slaves in 1840. Slaves counted as 3/5 of a person in the census for purposes of representation, but of course they got no votes. Osborn Scott essentially cast votes equivalent to those of 22 people, 3/5 of 36, plus himself. (Actually, it would be 23, since Emily couldn’t vote, either, but we’ll stick with this arithmetic for now.)

For now, my decision is to work on voting rights. Although there are so many ways to work to dismantle the injustices of racism—housing, education, health care, the legal system—I’m going to concentrate my work on voting rights. Not only did my ancestor hold voting power created by slaves, and use it, no doubt, for his own benefit, but African American people have been lynched, cheated, subjected to bogus literacy tests and poll taxes, all in a never-ending effort to keep them from voting.

The anarchist philosopher Emma Goldman got a lot of things right. But I think she got one thing wrong when she said, “If voting changed anything, they’d make it illegal.”

They tried, Emma. They tried. And in too many cases they’ve succeeded.

That has to change. Racism warps our justice system. It distorts our financial markets. Racism tells us what kind of house we can have, and who our neighbors can be. It makes a mockery of education. Racism is a powerful and pervasive evil.

The most valid reparations I see would be the dismantling of the racist system that twists our souls and destroys our trust in each other. This legacy of our ancestors has to go. That’s an enormous, complicated, almost all-consuming job. It’s a big system. It is a resourceful enemy.

It’s time we voted it out. All of us.

The DeWolf family of Bristol, Rhode Island, made a considerable fortune over several generations by participating in the slave trade. They are remarkable in that some of their descendants have chosen to document their involvement and make reparations. They produced a documentary about their family, Traces of the Trade,  which appeared on PBS in 2008. Since then, they have written books, worked with their churches to issue apologies for slavery, continued their research, and presented screenings of the documentary. A couple of years ago, Ellie DeWolf Hale showed the documentary to my book club and led a compelling discussion.

Goodreads has a whole shelf of books on reparations, https://www.goodreads.com/shelf/show/reparations

The Ta-Nehesi Coates article on reparations was so consequential it has spawned other teaching materials, including an online  “quizlet,” a series of questions and definitions about reparations.

This post is the third in a series on my journey in anti-racism. The first was What Does It Mean to Be White?