Are the Know-Nothings Back? 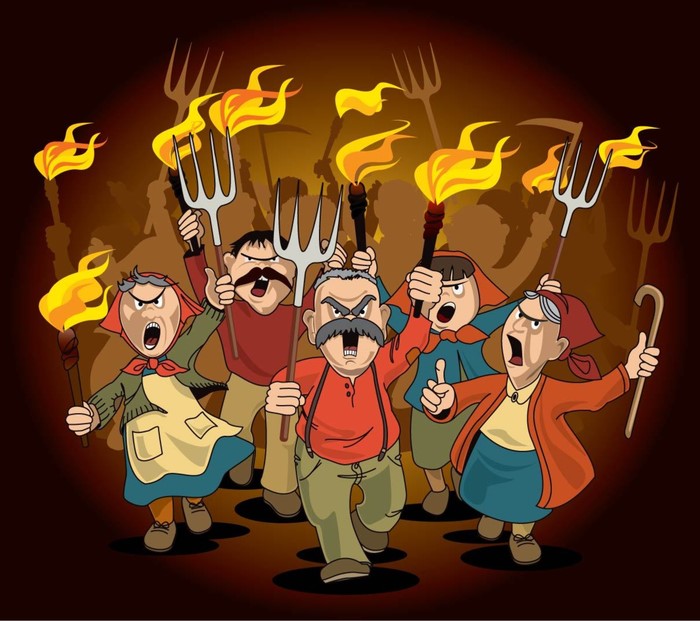 “I feel so frequently like we should be setting our clocks back to the mid-19th century, because this is a know-nothing era.”

Not exactly catchy, is it?

Still, I was really pleased to hear Democratic National Committee chair Tom Perez say it, because I knew exactly what he was talking about. The Know-Nothing party has a pivotal part in my historical novel, The Monk Woman’s Daughter.

The Know-Nothings were anti-immigrant and especially anti-Catholic. They generated mobs in the streets. They wrote and talked about Catholics the way some people talk about Muslims today, as being subversive, controlled by a foreign power, not really Americans. Their original political party name was the Native American Party, and later the American Party. Part of the reason they were called “Know-Nothings” is that many also belonged to secret societies, such as the Order of the Star Spangled Banner. When they were asked about any of their more sneaky or violent activities, they said, “I know nothing.”

Plus, there’s the implication that they were just pig-ignorant.

In the early 1850s, immigrants were pouring into the United States, at a rate five times what it had been in the 1840s. Many of them were Irish or German Catholic laborers or peasants. They crowded the cities, they took low-skill jobs. When crime increased, native-born people blamed the immigrants. Is this sounding familiar?

The American Party wanted the privileges of citizenship reserved for the native-born, or at least for people who had lived in the country for 21 years, instead of five, which was the requirement then. The Order of the Star Spangled Banner financed lurid and outrageous anti-Catholic propaganda, which may have included The Awful Disclosures of Maria Monk.

There were Know-Nothing gangs—this was one of the important things that Martin Scorsese’s film Gangs of New York got absolutely right: there were gangs called the Dead Rabbits, who were mostly Irish Catholic and Democrats, and the Bowery Boys, nativist and Know-Nothing. There were similar gangs in Baltimore. They beat up opponents, tried to keep opposition voters from voting, and served as community organizers and sometimes as firefighters. Part of my novel takes place against the backdrop of the Baltimore municipal elections of 1856, when there were riots on election day in October. Shots were fired by competing mobs in wards with heavy Irish populations, and at least five people were killed. Nativist Rip-Raps fought the Democratic rowdies of the New Market Fire Company–yes, the street gang guys did that kind of community service–and Nativist Plug Uglies fought with Democratic gangs. Voter fraud was widespread, and the Know-Nothing candidate was elected mayor by a margin of 9,000 votes. A month later Maryland went Know-Nothing in the Presidential Election of 1856.

Well, we say, surely we don’t have street gangs fighting over politics these days.

Wanna bet? The Southern Poverty Law Center has for years kept a Hate Map, which includes increasing numbers of anti-Muslim and White Supremacy hate groups, some of which are violent.

And there’s a new word in our social vocabulary: antifa, as in anti-fascist, someone opposed to fascism. Different antifa groups are also opposed to White Supremacy and to anti-Muslim sentiment, and some are violent. If you’d like to see a few, take a look at the site It’s Going Down.

A Know-Nothing attitude recently surfaced at the University of Maryland, where a White Supremacist group posted flyers saying, “America Is a White Nation.” Who says history deals only with the past?

So, some questions for history nerds like me:
Some of the founding fathers thought democracy would be “mob rule.” Were they right?
Firefighters were like street gangs in the early days of the republic?
What else did the Know-Nothings want?
Stay tuned. I’ll write about all these questions in future blogs.

Meanwhile, if you’d like to find out more about the Know-Nothings (besides the usual Wikipedia references, which are pretty good), you might try Tyler Anbinder’s Nativism and Slavery: The Northern Know-Nothings and the Politics of the 1850s.

If you’re more interested in Maryland, as I was, look for Jean H. Baker’s book, Ambivalent Americans: The Know-Nothing Party in Maryland.

Plus, in the May/June issue of Mother Jones magazine, there’s an extensive write-up of opposing political gangs in Indiana. Granted, Mother Jones has a definite point of view, but their reporters do their homework.

The early-scenes fight in Scorsese’s Gangs of New York is based on a real fight between the Nativist Bowery Boys and the Irish Dead Rabbits. The book that inspired the film, also called Gangs of New York and published in 1927, is also worth discovering. Most of the action of both takes place later than the time I’m writing about.