Getting Away With Murder: Killers of the Flower Moon 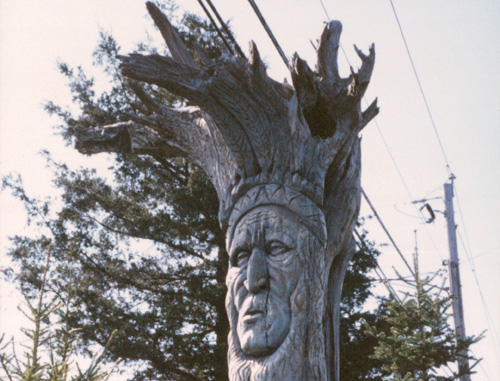 Killers of the Flower Moon: The Osage Murders and the Birth of the FBI has spent 32 weeks on the New York Times bestseller list. So far*.

It deserves to. Author David Grann hunted down compelling evidence in case after case of murder. Many of the murders are officially unsolved, and searchingly examines the culture that made them happen. It is a culture that has changed far too little.

How the Osage Became Wealthy

The Osage Nation made a very prudent move as white settlers kept pushing them off lands the United States government had promised would belong forever to the Osage. For nearly 40 years, they stalled and negotiated, winning cash settlements for their land.  One of their best tactics, it seems, was simply sending delegations to Washington, DC, where the men were noted to be over six feet tall and handsome.

So when they were confined to rocky, hilly, unproductive land in northern Oklahoma in 1907, they bought it. Purchased it, using the white man’s rules about money and ownership.  For a million dollars. And a year or so later, Principal Chief James Bigheart negotiated the mineral rights. The Osage kept communal control of the oil rights, which meant that every person on the tribal rolls had “headrights,” was a part owner.

Then the oil under their land made them rich. In the early1920s the Osage were the richest people per capita in the world.

Of course unscrupulous white men cheated individual Osage. The federal government set up a “guardianship” system—anyone of Osage heritage had to prove “competency” or have the headrights administered by a white guardian. For some, the opportunity for cheating and embezzlement wasn’t enough.

The Reign of Terror

Murder, on the other hand, could gain a guardian the entire fortune. And so the murders began. Guardians murdered the people they were supposed to protect. White men married Osage women and had them killed. They died in bombings, in shootings, of a mysterious “wasting death” that turned out to be caused by poison.

But local law enforcement did hardly anything. Why? One answer is obvious: the victims were Osage and law enforcement officers were white. But, as Grann shows the reader, law enforcement officers in that time and place were untrained, largely unvetted, and sometimes criminals themselves. Some were lazy or incompetent; others took bribes. A couple of white men in a position to help tried to do so. They, too, died, brutally murdered in mysteries that at first went unsolved.

The new Federal Bureau of Investigation looked into the murders once, and had badly bungled the task.

Edgar Hoover had just taken over at the helm of the FBI, and he began a new undercover investigation. Hoover was revolutionizing law enforcement, making officers more professional, and establishing a reputation for integrity for himself and his agency. (Yes, he later become an object lesson in the corrosive nature of too much power, but that hadn’t happened yet.) The Bureau’s second investigation was thorough, painstaking, run by a man of integrity and character, and it turned up a shocking series of crimes, committed by prominent people in the community. And there was more. No spoilers here, but Grann spins a tale of a conspiracy, of a murderous culture, that was wider and more pernicious than anyone knew at the time. It is a story that continues to grow, to shock the reader, until the very end.

Native Americans continue to be victims of violent crime, at more than twice the rate of other Americans, even at twice the rate of African Americans. And while the victims of violent crimes are most likely to be the same race as their attackers, that’s not true for Indians. Usually a person who attacks a white person is also white; a black attacker of a black person is likely also to be black.   A 2004 report by the Bureau of Justice Statistics  showed that when American Indians are attacked, it’s by a white person more often than not.

The report is old, but newer reports on similar subjects leave out the American Indian population, probably because it is such a small percentage of the overall population. And there’s no reason to believe much has changed.

The difficulties of investigating and prosecuting crimes committed by whites on Native American reservations provides excellent fodder for detective novels, most notably those of Tony Hillerman, the creator of Lieutenant Joe Leaphorn and Sergeant Jim Chee of the Navajo Tribal Police. Hillerman’s characters continue in the hands of his daughter Anne.

The Women Fight Back

In some tribal jurisdictions, the tribal police cannot prosecute a white person for a crime committed on the reservation—that goes to federal authorities. The difficulty in prosecuting white people has meant that white men can assault, rape, or even murder American Indian women with relative impunity. In more than 80% of reported violence against American Indian women, the attacker was white. In Canada, First Nations women and their allies have been raising consciousness about murdered and missing indigenous women for most of this century, but a recent CBC report shows that even after a national inquiry, there’s still no way for the governments to even track how many indigenous women go missing. The movement has been slower to gain traction in the United States, but it’s gaining some visibility.

Women from the Murdered and Missing Indigenous Women (MMIW) movement were prominent in several of the women’s marches last month, including in Seattle.

The National Congress of American Indians has established a Violence Against Women Task Force. Its co-chair, Michelle Demmert, is scheduled to bring the issue to the attention of Congress this month.

The Trail of Tears continues. It does not have to continue forever.

One of the interesting things Killers of the Flower Moon showed me is how organized the Osage have  often been in their culture and financial dealings. The Osage Nation website is currently* publicizing a series of Osage speakers about the book, as well as information about health plan benefits and their 25-year strategic plan.

The It Starts With Us MMIW web site for the Canadian organization is also worth a visit.

*I’m writing this in February 2018. Your numbers may vary.