History and Heritage: Controlling the Story 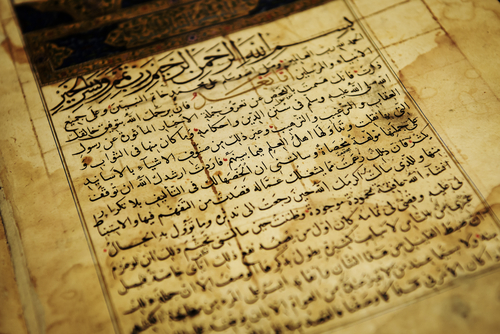 Some hot U.S. news  this week has revolved around the removal of statues commemorating Confederate generals.  Those who want them to stay insist they are an important part of our history and our heritage, and that we can’t pretend the history never happened.

Others say that what we choose to honor in our central public spaces says a lot about who we are, and that the presence of those statues in prominent places says we honor people who turned against the United States government because they wanted the right to enslave people with dark skin.

While the controversy has generated far more heat than light, many of us have learned that the statutes went up long after the Civil War, in an effort to change the narrative of the Civil War and Reconstruction. That effort largely succeeded.

The glorification of the Old South was part of a vicious and sustained repression of black people. The abolition of slavery became little more than a technicality. We will be living with the consequences for a long time to come.

The Lust for Control

Folks often like to think of ourselves as heirs, somehow, to a great heritage. It can be ethnic or regional or ancestral, and it’s often a harmless way to think of ourselves as superior and special.  Sometimes, though, the need to control heritage is so powerful that it becomes a combination of greed and lust and something even beyond that.  Colin Harrison’s recent novel, You Belong To Me, is a taut thriller binding together stories of several kinds of this drive to possess. His central character, Paul Reeves, collects antique maps of New York City, which would seem pretty benign, except for the way he feels when he looks at his collection: “He saw time. He saw what had happened. Would that he owned every map ever drawn of New York! . . .to have every map would be to have all of it, every block and street and lane and alley and crooked road—and such possession would only be godlike.” Reeves goes on to muse that he could destroy his whole collection if he chose, and he loves knowing he has that power to destroy it.

The Drive to Protect

Radical Islamists have exercised their power to destroy over museums and libraries full of artifacts all over the Middle East and North Africa. The Bad Ass Librarians of Timbuktu is a fantastic true story of how the people of northern Mali—scholars, taxi drivers, boatmen, teenagers, donkey cart drivers—worked together in a huge covert operation to save more than 400,000 precious antique and ancient manuscripts from the jihadists who swept through the area in 2012. In the 15th and 16th centuries, Timbuktu was an important center of learning and culture, and the very existence of the manuscripts celebrated and documented work in poetry, philosophy, mathematics, music,  medicine, magic, history, science, geography and astronomy. The jihadists felt—and still feel—that the remnants of such a culture must be swept away.

The destruction wrought by the Islamic State has been well documented, from the historic and multicultural Syrian city Palmyra to the ancient capital Nineveh. Nineveh’s featured in the Bible; it was the city God kept ordering Jonah to go to, and Jonah kept trying to find a way to weasel out. Both cities had invaluable artifacts from a series of ancient civilizations, and ISIS has systematically destroyed art and manuscripts.

Some artifacts have been sold. Income from such illegally-obtained artifacts is a major source of income for ISIS and other jihadist organizations.

In July of this year, the U.S. Justice Department announced a settlement with Hobby Lobby, whereby the craft store chain agreed to turn over thousands of cuneiform tablets and other artifacts, mostly clay bullae, illegally smuggled out of the Middle East. They were shipped to Hobby Lobby, falsely marked as “samples.” This didn’t happen because Hobby Lobby wanted its customers to be able to pick up priceless ancient cuneiform tablets along with their scrapbooking supplies, but because its president, Steve Green, is also Chairman of the Board of The Museum of the Bible, scheduled to open in November. The priceless artifacts of someone else’s culture were headed for his museum.

To be fair, there is no evidence that Hobby Lobby bought these valuable artifacts from ISIS, but they still did plenty of harm.  They bought 5,500 artifacts that did not have a clean history. And, yes, their own expert warned them that the items were likely stolen.  Still, in the further interest of fairness, the Eighth Commandment just says, “Thou shalt not steal.” It does not say, “Thou shalt not receive stolen property.”  So Hobby Lobby may be okay with God, and with Steve Green’s personal conscience. Just not with the U.S. Department of Justice.

Because what matters is possession.  The control of the story. The ownership of the pieces.

The power to glorify or to destroy.

The map that Paul Reeves lusts after in You Belong to Me was made in the 1770s by British Army cartographer  Bernard Ratzer. Turns out Ratzer was a real cartographer, and his maps are incredibly valuable. There are several in the Library of Congress collection.

Also interesting is a recent Medium article, Thoughts on Confederate Statues from a Southern White Male. I don’t personally know the writer or his credentials, but if his name really is Rhett McLaughlin, he’s got to be the real thing. Who but a Confederate mama would name a son Rhett?