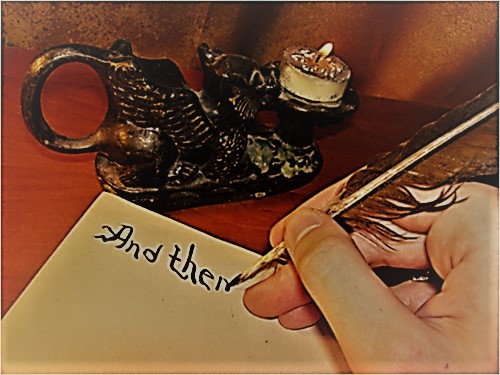 I used to think I didn’t like mystery novels. I didn’t even enjoy Agatha Christie, except when her books were brought to life by skilled British actors and vintage props.

Owen Archer Got Me Hooked

Then I picked up my first Owen Archer book, The Apothecary Rose, from a series by Candace Robb. I was interested mostly because Archer lives in medieval York. I spent a couple of summers in York as a graduate student, and the streets of the city bear the same names and take the same courses they did a thousand years ago. The 14th-century city of Owen Archer was very much like the city I loved, and, as a bonus, Archer loved a capable career woman, the apothecary Lucie Wilton. I was hooked. I blew through all of them as fast as I could find them.

It was only when I was doing a little research for this blog post that I discovered Robb also writes under the name Emma Campion, and started last year publishing a series about another 14th century sleuth based in York, described as “independent-minded Kate Clifford.”

(Have you noticed how often female protagonists in historical novels are unconventional?

“The Best Murder Mysteries Are Historical”

What might have started out as a routine author interview in a recent issue of The Telegraph endeared itself to me with that headline. The one who compiled a list of the five best was author S.J. Parris, whose Treachery I read last summer. A friend lent it to me—largely because it was about Francis Drake, who figures in my next novel–but Parris’s Giordano Bruno is a cracking sleuth, and I’m looking forward to reading more.

Included on Parris’s list were two of my favorites, Umberto Eco’s The Name of the Rose, and Matthew Pearl’s The Dante Club. Eco’s famous novel, set in an Italian monastery in 1327, is a multi-layered mystery embracing a number of different academic disciplines. My favorite character was Salvatore, who spoke six languages at once: “[S]alvatore is not stupidus! bonum monsasterium, and aqui refectorium and pray to dominum nostrum. and the resto is not worth merda. amen. no?”

See, I understood that. Maybe I spent too many years as a reporter, but I don’t think it takes a lot of parsing.

In The Dante Club, a killer in 19th century Boston is matching his killings to scenes in Dante’s Inferno, and the people trying to figure out what’s happening include Henry Wadsworth Longfellow, who translated Dante’s work. Not only was this a great brain-bender of a mystery, but there are some wonderful historical gems in there—I didn’t know, for example, that American universities at the time avoided teaching modern foreign languages, because so much that was written in them was considered subversive. Besides, it made me appreciate the sophistication of Longfellow’s poetry. I mean, I just thought he was a guy whose stuff I had to memorize in grade school.

I think it’s an enormous compliment when someone tells me my own historical novel got them to look up something they thought was odd—only to find it was true. I love that. And checking fiction against history has given me a great appreciation for the SPQR series by John Madox Roberts. Not only is his central character, Decius Cecilius Metellus, wonderfully smart, cynical, and funny, but the history of Rome as it transitions from republic to empire is fascinating—and I love it when the bizarre characters and incidents I look up turn out to be true.

I came to another favorite series by way of history and personal friendship: I got to read David O. Stewart’s The Lincoln Deception in manuscript because he was in my writers group. Stewart’s book outlines a much larger plot—with a lot more money behind it—than our historical memory gives us about the Lincoln assassination. My own novel deals in a tangential way with the people and the money from outside the Confederacy that gave it support—and it was clear to me that such support did not simply vanish the day after Lee surrendered at Appomattox. I read Manhunt: The 12-Day Chase for Lincoln’s Killer about the same time, and it is clear the assassination plot was much more like the one Stewart outlined than the one we remember.

It was also clear to me that if John Wilkes Booth had not broken his leg when he jumped onto the stage at Ford’s Theater, he would likely have made it to a ship in tidewater Virginia and spent the rest of his life in London or Paris.

The other thought I take from the assassination plot is this: there were four conspirators who were supposed to kill top members of the administration. The others lost their nerve, either botching the attempt or not even making it.

The only one who got his job done was the actor. Actors get a lot of practice at overcoming nervousness and acting on cue.

And the very best historical mystery?

Dave Stewart and S.J. Parris both mention Josephine Tey’s The Daughter of Time as a crown jewel of this genre. The New York Times called it “One of the best mysteries of all time.”  The book, published in 1951, questioned the long-held belief that Richard III had murdered his two nephews in 1483. They were princes, heirs to the throne Richard had seized. Tey did her job convincingly, and, since then, many historians have gone over the same ground and revised the story in Richard’s favor.

I have to admit I have not yet read Tey’s book–out of sheer prejudice. I have read a fair amount of history of the period and have not been convinced by the scholarly arguments in Richard’s favor.

Yesterday, impressed by Stewart’s and Parris’s opinions, I got The Daughter of Time out of the library.

Meanwhile, do you have a list of your own? What are your candidates for the best historical mystery?