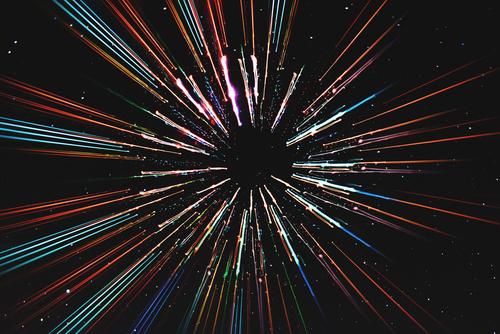 Fiction often starts with the question: What if–?

Say an author asks, what if an African-American woman could travel from 1970s California to a Maryland plantation before the Civil War? That author might find herself writing in the sub-genre of fantasy historical fiction, as science fiction writer Olivia Butler did. Butler considered her novel Kindred to be fantasy, since she didn’t explain the mechanism of her time travel. The main character, Dana, finds two of her ancestors: an enslaved African-American woman and the white slaveholder who raped her. With the emphasis on both of those characters being Dana’s ancestors, Butler explores the master-slave dynamic and its legacy in American history.

Historical fiction is already a kind of time travel. Let’s look at some of the places it travels to.

In 1776 England, young women of good family often had no choice in whom they married. So, the author asks, what if a young woman was already in love with somebody else? Georgette Heyer addressed that question in The Convenient Marriage. The young woman’s shy sister Horatia offers herself to the Earl of Rule instead. Little does she know the Earl is enchanted by her already! And, since this is a Georgette Heyer novel, there’s a twisty plot, lots of wit, and plenty of well researched period detail.

Heyer was a founder of the sub-genre, and even more of the sub-sub genre  Regency romance. Romance is older than history, and almost universal. No wonder historical romance is such a lusty genre—in more ways than one! There are lots of lists of historical novels, including Book Bub’s.

First on that list is Outlander by Diana Gabaldon, which combines several genres, including time travel and romance. Gabaldon says she set out to right a straight historical novel set in the turbulence of 1740s Scotland, but her heroine kept coming up with modern attitudes. Gabaldon’s question became, “What happens when a World War II nurse meets a handsome sexy eighteenth-century Scot?” Outlander became a series of novels and also a very successful television series.

It has inspired a surge of interest in Scottish history, and a sub-genre of tourism. Scotland’s national newspaper The Scotsman noted increased global interest, and VisitScotland has a variety of Outlander  tours..

Fiction about the American frontier has been popular for many years, both in the United States and all around the world. (President Ronald Reagan was a longtime fan of the prolific Louis L’amour.) You could consider James Fenimore Cooper to be in this genre, since The Leatherstocking Tales were about what was considered the American frontier at the time. In the popular imagination we’re probably talking about stories set in what is now the United States, between the Civil War and 1920, somewhere between the Mississippi River and the Pacific Ocean.

That’s already a lot of territory, and the Western Writers Association gives awards for an even wider range of work. Since 1953, the WWA has given awards for western writing, “from traditional western fiction to penetrating historical analysis, from yesterday to today, from mysteries to biographies, from romance to short stories, from screen writing to documentary writing, from poems to songs.”  Famous examples of Western historical fiction include about 50 books from Zane Grey, including Riders of the Purple Sage. Published in 1912, Riders played a significant role in shaping the genre, but it’s hardly formulaic. There’s a female protagonist, who’s fighting persecution by her Mormon church; it includes gunmen and rustlers, sure, but there are a number of plot twists and a surprising ending.

There are some great discoveries to be made on the list 12 Best Darn Western Books of All Time. I’ve decided I have to read the first book on the list: The Assassination of Jesse James by the Coward Robert Ford. The story of the killing of the famous outlaw by the guy who did it. (That’s one problem with this research. I’m always finding something else I want to read!)

Historical fiction mysteries not only take you into another time and place, but they also keep your mind busy with some problems to solve. Not only that, but a reader can meet some wonderful characters such as Ellis Peters’s Brother Cadfael in the anarchic times of 12th century England. I wrote a little about favorite detectives and settings in an earlier post. I’m looking forward to meeting Captain Sam Windham and Sergeant “Surrender-not” Bannerjee in Abir Mukherjee’s series set in India between two world wars.

There are a number of good lists of historical mysteries/crime novels. One of my favorites is 10 Historical Mysteries That Balance Story with History, on a site, www.crimereads.com, that has lots of fun reading in it.

This is not a genre that I’ve dipped into much, except for the grand old books like Quo Vadis or

The Robe. The Robe, by the way, started off with a question to author Lloyd C. Douglas from a department store clerk. Hazel McCann wrote to Douglas, a former minister, saying she’d always wondered what happened to Jesus’s clothes after the crucifixion. Douglas took that question and wrote a classic.

Marie Burton wrote a guide to Christian historical fiction for the Historical Novel Society’s website, saying the sub-genre is not as preachy as some might fear. “Christianity and prayerfulness are more an underlying theme – and the reader can either see a deeper meaning, recognize certain lessons to be learned, or choose not to.”  If this draws you, check the Ranker.com list of the nine best, or take a look at the Christy Awards website. The awards recognize the “impact of the novel of faith in contemporary culture.”

No limits in this category! If the South Had Won the Civil War may not have been the first alternative history, but it spawned such a prolific sub-genre that there’s a whole Goodreads list devoted to it.

What about steampunk? Sure, some of it. After all, The Steampunk Trilogy that gave the genre its name has an amphibian who’s a doppelganger for Queen Victoria. Steampunk has the extra benefit of being funny (usually) and having great merchandising.

Maybe you have one I haven’t thought of? Let me know! Use the comment section at the bottom of the page.

Historical fiction doesn’t just come in books. Almost every form of entertainment we have includes historical fiction:TV, films, games, comics and graphic novels. I’ll explore more about those in other posts.

This is the fifth in a series of posts. The others so far:

Previous Next
May 14th, 2019|History and Historical Fiction, Writers and Writing|0 Comments