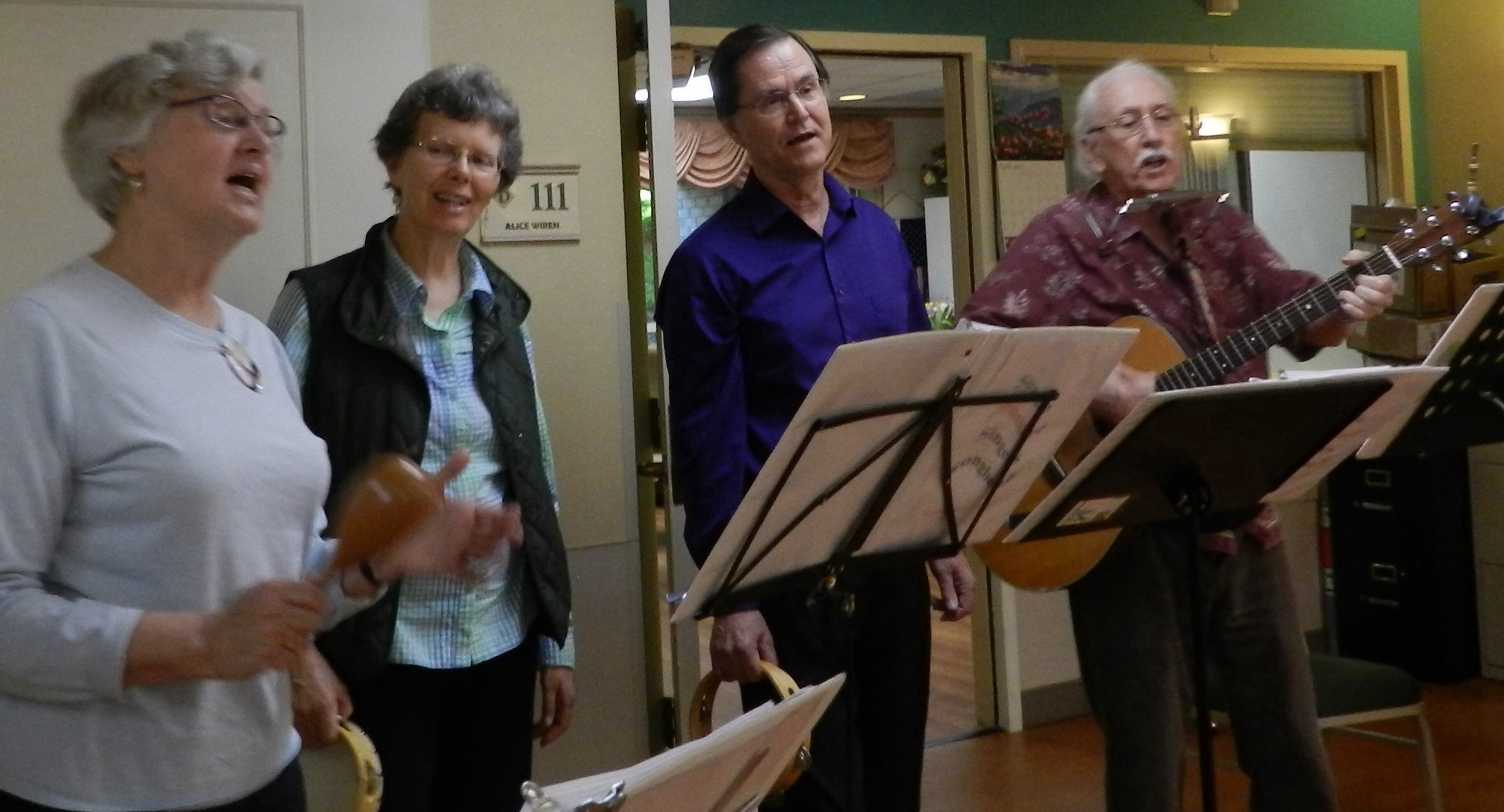 I plan to live to be 100. I realize that I’m not the only one who gets to make this decision, but my vote is in, and I have set my intention to do everything I can to live a full century.

In this blog, I’ll be writing about the advice we get on how to do that, plus about how it’s gone so far. I’ve lived almost 70% of a century now, and it’s been some interesting times, so I have plenty of memories and controversies to stir up and write about.

So what am I doing to do to live to be 100? Here’s one thing: I sing. I enjoy it. Other people enjoy my singing (sometimes), but that’s not the point.

The point is doing it. Right now, I regularly sing with a church choir, a chorus, and in a jam session I run with my brother. I also sing every chance I get in folk song circles. I can’t count how many times I’ve come into a rehearsal or circle feeling exhausted, and left feeling happy and refreshed.

Part of it’s probably the breathing. But there’s so much more to it than that. Daniel J. Levitin argues in his book This is Your Brain on Music that music is fundamental to our species. Levitin probably has one of the coolest biographies in the academic world, since he was a session musician and recording engineer for ten years before he got his degrees in cognitive psychology. If you really want to dig into the scientific literature on music and the good things it does for the brain, he and Mona Lisa Chanda teamed up to review scientific work on the neurochemistry of music. They concluded that “evidence for the beneficial effects of music on reward, motivation, pleasure, stress, arousal, immunity, and social affiliation is mounting,” but they still acknowledged that many of the studies depend on unproven methods.

What you want, of course is a controlled scientific study, the kind you can do with, say, genetically identical rats in a lab, but it’s tough to get rats to sing together. (They did find two studies involving ‘singing mice.’ I’m not kidding.) Researcher Julene Johnson published in 2016 a paper comparing older adult singers in Finland with non-singers the same age. What the researchers found was “singing in a choir as an older adult may promote well-being, even after accounting for sociodemographic variables and level of engagement in hobbies.” Not exactly an exciting slogan, but that’s science for you.

Stacy Horn’s excellent book Imperfect Harmony: Finding Happiness While Singing with Others, tells her story of joining a choir out of sheer depression and the joy and strength she has found singing with them. In an essay, “Ode to Joy,” excerpted from her book, she cites several studies showing why singing in groups makes people feel better, including one conclusion I just loved: you don’t have to be any good to get the joy from singing.

If the science of all this just makes you think, “Meh,” you can always try science fiction. The Soprano Sorceress, by L.E. Modesitt, Jr., is about a midrange opera singer-turned-college-instructor who is taken to a planet where solo song is so powerful it’s used for magic spells. Harmony has enough mojo to knock down city walls. I haven’t read the rest of the Spellsong cycle, but I love the concept.

Musician Brian Eno wrote what I consider to be a classic essay on this subject: “Singing: The Key to a Long Life.”

May your singing also work magic! Sing, live long, and prosper! (oops, is that copyrighted?)