Making It Real With Historical Fiction 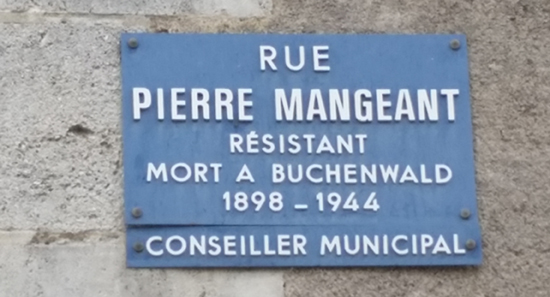 “All the history I know I’ve learned from historical fiction.” My friend was joking when she said that—at least I think she was– but teachers have long found historical fiction a useful way to teach history.  Stories of human beings who are like us and unlike us, created characters who are rooted in a time, a place, and perhaps a conflict different from our own, can make all those things more memorable, help us to understand what it was like for the humans who did live through those times.

There’s been some wonderful historical fiction set in World War II France in the past few years: All the Light We Cannot See, which won the Pulitzer Prize in 2015, and The Nightingale, which won the Goodreads Choice Award for Historical Fiction, also in 2015.

I think we have a lot of information about Paris during the Nazi occupation, but I hadn’t thought about what it was like in the countryside, particularly in the Loire River valley, where The Nightingale is set.  The Loire River runs through land that is generously fertile, making it the largest cereal-grain producing area in Western Europe, as well as yielding meat, fish, dairy, and of course the picturesque vineyards that produce famous wines. But the Nazis simply took all of that for the war effort, moving into the houses and onto the farms, forcing the people who lived there to produce food for the war effort, but not allowing them to eat much of it. The Nightingale is permeated with the constant fear and ferocity that defined life for the people who lived through World War II in that part of France.

The Nightingale follows two sisters, Vianne and Isabelle; Vianne’s home is requisitioned by the Nazis. She is forced to serve the officer who moves in, and she fears constantly for herself and her young daughter. Isabelle begins the war as a wild teenager, and becomes active in the Resistance, so that her life is in constant danger. Vianne does not make such courageous decisions at the beginning, but she grows in courage and perception as the book goes on.

My husband and I visited France in September, and walked through parts of the Loire Valley, enjoying its beauty and becoming more aware of its history. In the little town of Montrichard, there is a plaque on the local bridge across the Cher River, commemorating the time in 1944 when the retreating Nazis tried to blow up the bridge and the Resistance kept them from doing it. At the beautiful château Chenonceau, the guidebooks tell visitors that people fleeing the Nazis were often smuggled through the château’s gallery. The Cher and the Loire formed the boundary between free and occupied France. We stayed in several large homes that had been occupied by Nazis, who forced the owners to move to the servants’ quarters, and, of course, sometimes shipped them east into concentration camps.

Between Amboise and Chaumont, we walked through the little town of Chargé, where I photographed a plaque naming a street after Pierre Mangeant. The plaque told us he was a member of the Resistance who died at Buchenwald in 1944. He was a “conseiller municipal,” which made me think that he spent some time in the years before the war on the Chargé city council, maybe discussing such matters as the city budget, whether they should have sidewalks and stone curbs, and possibly dealing with problems with stray livestock. I haven’t been able to find out anything more about Monsieur Mangeant, but I think I could now create a story for him. I see him as a civic-minded man, an ordinary man, who was involved in low-level participatory democracy, until the invasion and occupation of his homeland forced him to make some important choices. He made a courageous choice, one that ultimately cost him his life. I think reading The Nightingale helped me realize the enormous courage displayed by ordinary people in those terrifying days.

The Clearing House, which is a journal of educational strategies, issues, and ideas, carried an article by Kathy Nawrot, “Making Connections with Historical Fiction,” which is available on JSTOR.  She cites studies that found historical fiction helped school children form lasting impressions, that they may forget details but they “retain knowledge of life in the period,” and that the fiction provides a framework for students to learn and remember better the relevant historical facts.

There are several good lists of historical fiction. Here are a few I like:

Barnes and Noble’s “50 Best” leads off with All the Light We Cannot See and The Nightingale, so you know I think it’s good. It also includes some revisionist histories and other variations on the historical fiction theme.

AbeBooks has 50 Essential Works of Historical Fiction, lots of the classics, and links to other lists with other books.

And maybe you’d like to read an earlier blog post of mine, dealing with some of the myth-making in historical fiction: “They’re Not All Bodice-Rippers.”

What are some of your favorites?