My Grandparents and the Great Migration 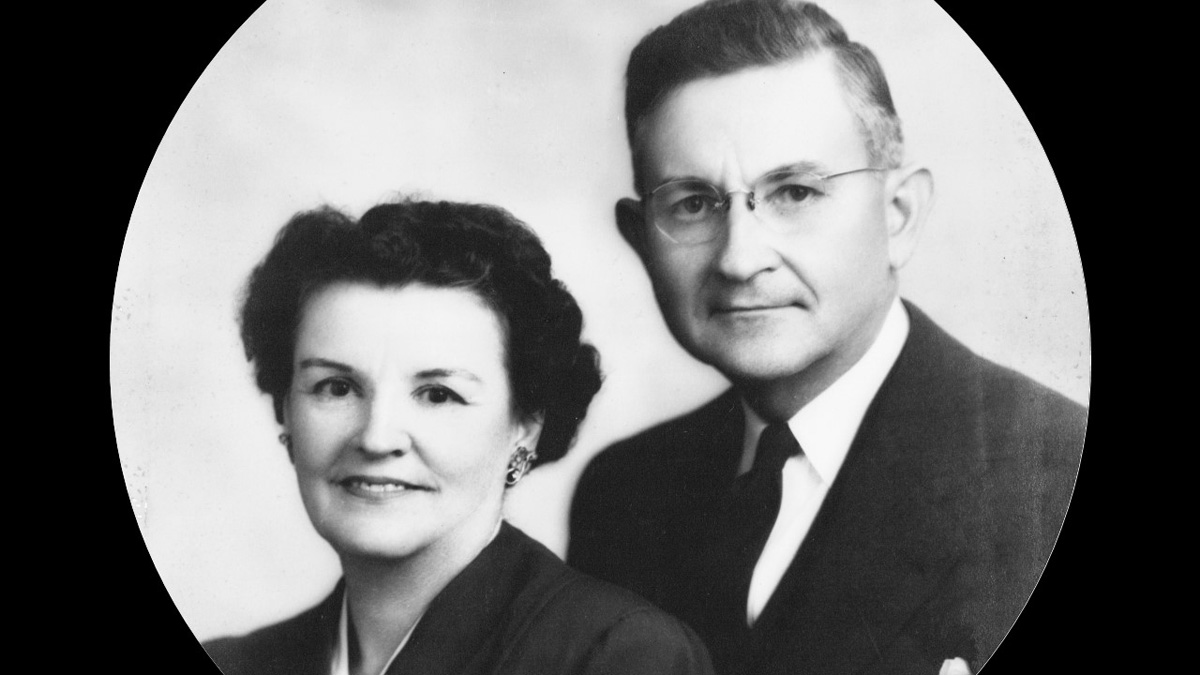 The Great Migration was the movement of millions of Black Americans from the southern United States to northern and western states. It happened roughly 1915-1970. White people moved by the millions, too, and two of those people were my grandparents. Their journey might look similar on a map, but in reality, it was profoundly different from the journeys of their Black compatriots. This post is part of a series, “What Does It Mean to Be White?”

In 1920, my grandparents, Edwin and Ethel Duncan, were living in Brighton, Alabama, with their baby boy, my uncle Jim. Grandad was listed in the 1920 census as “foreman in iron company.”  That would be  the Woodward Iron Company, often mentioned in family lore, and one of the nation’s biggest producers of pig iron at the time. What family lore did not tell me was that Alabama’s powerhouse iron and steel industry, centered right where they lived and worked, was built on the labor of Black convicts working in Alabama’s extensive convict-leasing program.

What Drove Black People from the South

Convict-leasing programs were active throughout the old Confederacy. Laws known as “Black Codes” essentially reconstituted slavery. White people established the practice of arresting Black people for actions that were trivial crimes, or not crimes at all. They put Black people in prison and leased out their labor. Such convicts dug coal out of the ground in Jefferson County, Alabama. That coal that fired the processing of iron in the Woodward Iron Works.

In her Pulitzer Prize-winning book, The Warmth of Other Suns, The Epic Story of America’s Great Migration, Isabel Wilkerson told a vast and sweeping story through the personal stories of three Black people who fled the American South. She makes the point that they were not just economic migrants. They were fleeing an unjust system that made their livelihood precarious and their very lives untenable. George Swanson Starling was probably going to be lynched in Florida before he escaped to New York City; Robert Joseph Pershing Foster was a surgeon who was not allowed to operate in his hometown of Monroe, Louisiana, and who fled to California; Ida Mae Brandon Gladney and her husband left their sharecropper cabin in Mississippi after a relative was viciously beaten. Not only had the relative not committed the crime he was accused of, it turned out the crime had not been committed at all.

People of every race left the South for most of the 20th century. James N. Gregory’s book, The Southern Diaspora: How the Great Migrations of Black and White Southerners Transformed America, describes the journeys of more than 20 million people and shows how the migrations transformed American culture, especially religion, politics, and music. The related website America’s Great Migrations maps the journeys of Black, white, Latino, Asian and other people by state, race, decade—just about any kind of demographic information you’d want to find.

My grandparents were economic migrants in the Southern Diaspora. My mother told me the story of why her family left: when the Depression hit, the iron works closed, and the town went bankrupt. The schools were closed, she said; the streetlights went out. There were no police on duty. Grandad got a New Deal job working on the dams of the Tennessee Valley Authority, and the family moved to Norris, Tennessee.

The New Deal was a much better deal for white people than for others. Local authorities did the hiring for public works projects, such as TVA dams. They operated by local laws and customs. Norris Dam in Tennessee was the first TVA dam built, and, while there were some attempts to have “Negro” workers get some of those jobs, the result was that they got far fewer jobs than their proportion in the local population would warrant.

Grandad got a job at Norris. Grandad and his family lived for a little more than a year at Norris. Then they moved to the next TVA project at Pickwick. By the 1940 census, the Duncan family had moved to Chicago, where Grandad had a job as an assistant superintendent at U.S. Steel’s South Works. He may have had friends to help him get the job. He also had more of an education than was available to most Black people at the time. The 1940 census shows he and my grandmother each had one year of college.

Black people were usually not so fortunate. The experience of white people and and their Black contemporaries is at once intertwined and yet profoundly different.

Black people living in the South worked as cheap, unfairly exploited labor held in captivity not by a system named slavery, but by interlocking systems of peonage. If they farmed the land, they were often sharecroppers. Sharecropping sounds kind of benign; families rented small plots of land from a landowner in return for a portion of their crop. But at the end of the year, it was usually the landowner who figured out what the sharecropper still owed, and it was almost invariably more than his portion of the crop was worth. Sharecroppers were chronically in debt to their landowners, and in most places it was a crime to try to leave the land.

Trying to Leave Could Be Dangerous

Some Black people who tried it went to jail, to work in convict gangs. Some were lynched or otherwise killed, sometimes gruesomely. In her book White Rage, Carol Anderson devotes a chapter to “Derailing the Great Migration.” In it, she tells of mass lynchings and systematic obstruction by the railroads. “In Albany, Georgia, the police ripped up the tickets of black passengers who were waiting to board. . .Memphis police inspector Earl Barnard seized twenty-six northbound African-Americans, charged them with vagrancy, and then routed them to a plantation in Arkansas in what can only be called ‘peonage.’” Such actions, Anderson writes, only made a lot of Black people more determined to leave.

Meanwhile, my grandparents and their children settled in Chicago, at 8040 Oglesby Avenue, on the South Side, not far from South Works. They could live anywhere they could afford to pay the rent. That was not true for Black Americans. White Chicagoans frequently rioted rather than let Black people move into their neighborhoods. At the time of the 1940 census, Black people on the South Side of Chicago could only live in a small area known as Bronzeville. That changed over the next 30 years. Michelle Obama, whose grandparents migrated to Chicago from the South, grew up about a mile from where my mother had lived with her family.

People of all races migrated from the South to other parts of the United States. Many Americans share that history. But we hold profoundly different threads in that shared history.

The Black people who moved in the Southern Diaspora still faced systemic racism and blocked opportunities wherever they went. My grandparents, by contrast, moved for better economic opportunity and found it. Their decision to move gave their daughter Dorothy, my mother, the opportunity to win a scholarship to the high school attached to the University of Chicago. From U-High, she went on to get her bachelor’s and master’s degrees from the University of Chicago. The connections she made there helped launch her as a political pollster and market researcher.

I only have one story from the Duncan family’s journey that even suggested discrimination. At South Works in Chicago, many of my grandfather’s workmates were from Southern or Eastern Europe. Most of them were Catholic.The men in my grandfather’s family had been Masons for generations. Being a Mason had probably helped him with a professional network. The Catholic church forbade its members to join the Masons. Someone told Grandad that if he wanted to get along he needed to leave that Mason’s ring at home.

He did. He had a very successful career with U.S. Steel.

This post is part of a series, “What Does It Mean to Be White?.” It’s my personal perspective, taking a look at episodes of American history. I often see now those might have looked different to me and my ancestors than they did to other people living through the same events. One story related to that is “Slavery, Indenture, and My Family.”

I have to admit that I stalled around for years before reading The Warmth of Other Suns. Maybe it was because it’s more than 600 pages long. Maybe it was because reviews mostly praised the author’s scholarship. (I assumed that meant it was a grind to get through.) While the scholarship did indeed turn out to be praiseworthy, I found Isabel Wilkerson’s uses of the personal stories of three migrants to be great reading. I thoroughly recommend the book. Along with her more recent Caste: The Origins of Our Discontents.

The relatively easy story of my grandparents is not shared by all white members of the Southern Diaspora. The Grapes of Wrath is fiction, but it gives an excellent picture of the animosity and prejudice white Americans faced fleeing the Dust Bowl for California. James Gregory’s Southern Diaspora, which I wrote about in this post, gives a comprehensive picture.