Nice People Can’t Be Racists. Can They? 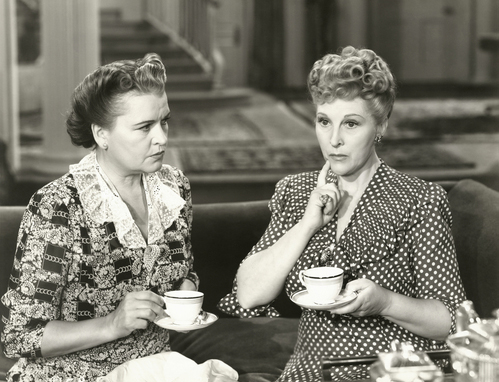 We all know what racists look like. Or we think we do. They’re nasty-looking people with bad manners, bad tempers, and worse teeth. The stereotypical racist has a Southern accent. A little doubt ought to seep in right about there, because racism in America is not just a Southern problem. In fact, it’s a problem nearly all white Americans share.

What do you mean, racist?

When I started this journey to do some meaningful anti-racism work, I thought racism was bigotry was prejudice was discrimination, and that people of other colors could be just as racist as whites. In the more recent context of this work, racism is more than race prejudice. I’ll be using the terms “racist” and “racism” the way Robin DiAngelo does in her groundbreaking book What Does It Mean to Be White? She writes that racism is: “A form of oppression in which one racial group dominates others. In the United States the dominant group is white, therefore racism is racial and cultural prejudice and discrimination, supported intentionally or unintentionally (italics mine) by institutional power and authority, and used to the advantage of whites and the disadvantage of people of color.”

Most white people in this country live surrounded by other white people, in our communities, schools, churches, places of work. Most public officials, movie stars, book authors and scientists are white. We are visible. Other people are not.

Many racists are nice people.

My friend Teresa Bain understood this before I did. She is writing Conversations with Racists Like Me. I doubt that if you met Teresa you’d see her as a racist. She is a bright, kind, community-minded white woman who is married to a Black man and has two beautiful bi-racial daughters. Yet, because she is rooted in and upheld by our white supremacist system, she has not questioned it as deeply as she feels she should have, she describes herself as a racist. Even though anyone meeting her would likely agree she’s nice.

You’d probably think everybody in Southlake, Texas, was nice, too. After all, as a local magazine gushed a few years ago, “Everybody smiles in Southlake.” They have a lot to smile about. A median income of $230,000, and consistently excellent schools. That’s why Frank and Robin Cornish moved there 20 years ago, and made their home with their five children, even though both were African-American and the town is overwhelmingly white. Frank played for the Dallas Cowboys. When he retired he coached youth football in Southlake and did other community work.

But “nice” can disguise nasty.

But when Frank died in 2008, a white boy on the football team told her son, “Your mom is only voting for Obama because your dad is dead and she’s going to need welfare.” A report from NBC News provides a video made two years ago by students at the high school, showing them shouting the N-word. The video went viral. Embarrassed, school officials set up a diversity program and held listening sessions. Robin Cornish said she felt hopeful.

But then came the backlash. Parents formed a political action committee, packed meetings, said the whole idea was Marxist, “leftist indoctrination” addressing “a problem that doesn’t exist.” As Carol Anderson points out in White Rage, every time African-Americans have made advances toward full participation in American society, white reaction has fueled a deliberate, relentless rollback of any gains.

“White rage,” writes Anderson, “[D]oesn’t have to wear sheets, burn crosses, or take to the streets. Working the halls of power, it can achieve its ends far more effectively, far more destructively.” In other words, the system supports the oppression while still allowing white people to be “nice.” When we’re talking about “nice,” we usually mean not making others uncomfortalbe, not kicking up a fuss. Just going along with the way things are, even if they are unjust and just plain wrong.

As the Youth Poet Laureate Amanda Gorman reminded us last week, “’Just Is’ is not Justice.”

My journey toward understanding

Carol Anderson first wrote about “white rage” after the killing of Michael Brown in Ferguson, Missouri. Like many other white Americans, I’ve felt a drive to “do something” in the wake of the horrific, highly visible, killings of Black Americans. We’re limited in this time of pandemic. I organized a group of people from our church to stand and hold our Black Lives Matter banner at a busy intersection one afternoon a week for several months, but that doesn’t seem like much, does it? It didn’t to me. I had already committed to voter empowerment work, but hadn’t yet even made the connection to systemic racism.

I knew there were some things about racism that I didn’t understand. My Black friends have been very patient over the years talking to me, but we began hearing about how tired they are of trying to explain racism to people who don’t get it. There were certainly plenty of books on the subject of racism, but I didn’t know what to do or even where to start.

So I did what educated white women often do: I looked for a group willing to read books and share knowledge. Ideally, one with a diverse demographic, but at least one with a leader who didn’t claim to be an expert, but who had at least read the material more than once and done some more work with the rest of us. I found such a group. We were all women, all white. Not exactly the diverse group I had hoped for, but you start where you are with what you have, don’t you? And these women turned out to be smart, all with stories of their own, which they shared while we studied What Does It Mean to Be White?

What we learned. What we’ll do.

At the end, I asked the group members what they had learned, and what they plan to do now. My friend Teresa was in this group, and she answered, “I have come to believe that until more white people have a greater understanding of racism beyond the really horrific examples of violence/hate AND choose to do something about it, little will change in the lives of black and brown people.

I have come to understand how blind I was to the lived experiences of black and brown people in America.  That is not my fault, but now that I know better, I am invited to do better.” She says one of the things she is going to do now is to continue to say something any time she sees something.

Jan, the leader, says she learns more every time she facilitates a group. “What I didn’t expect to find were all the pockets of my ignorance. I now look at movies differently. I read articles that I might have just glanced over in the past. I am ready to speak up more when I see injustice. I understand the history that has formed our ever-present racism and it has given me a larger and richer textured context within which to look at the world.”

Barb wrote,” I learned that to be empathetic is a very small, tiny connection to the enormous grief, fears and horror so many who live right here, right now, in the land of the free and home of the brave experience or are fearful of every minute of every day.

“I know not what I am going to do nor what I can do going forward. . .Maybe I will help someone light the candle of true understanding, with a light that will help shine the way along a new and loving path.”

It’s a long path. We’re going to need all the light we can get.

Robin DiAngelo has written a couple of other books since she wrote What Does It Mean to Be White? White Fragility about the defensive response many white people show when their whiteness is highlighted. The New York Times recently featured her antiracism training, asking if it works, and giving an interesting account of a session. Her new book, coming out in the summer, is titled Nice Racism.

I’m only just starting White Rage: The Unspoken Truth of Our Racial Divide. It’s organized in historical episodes. That’s very handy for me.  I’m looking forward to reading it and writing more about some significant chapters in our history. People of different colors often see them differently.

Sometimes we only find out about ourselves by writing, or at least I do. My questioning of my own privilege appeared in my blog a few years ago: “What’s a White Liberal To Do?”  I had so much to say I had to write a Part 2.