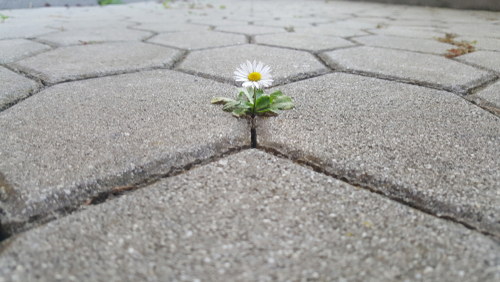 Human brains generate ideas all the time. If you’re a writer, your brain has probably come up with lots of great novel ideas. But for all of us who write, the first and most persistent obstacle is to creative ideas is you—your inner critic, your inner saboteur.

Think about this: When Stephen King’s brain first generated the idea for his first published novel, you think his inner critic told him it was a great idea? When he thought of writing about the fear and humiliation a neurotic teenage girl suffers when she first gets her period, do you think his inner saboteur said, “Fantastic! This will put you on the road to a best-selling career!”

Of course not. His inner critic said, “Eww. Ugh! Bleeding from–there?!? That’s disgusting! Call yourself a writer? You know what’s wrong with you? Here, I’ve got a list. . .”

I wasn’t there, of course. I’m making that up. But I think I’m right. It happens to all of us.

Painter Henri Matisse made that observation, and other creative people have said it in different ways. Poet Sylvia Plath: “The worst enemy to creativity is self-doubt.” And, of course, for Plath, that self-doubt was such an enemy that she ended her own life. It may be that our inner critic is trying to help us, trying to keep us from making mistakes. But, as Dilbert cartoonist Scott Adams observes, “Creativity is allowing yourself to make mistakes. Art is knowing which ones to keep.”

Who Is This Inner Critic?

The “inner critic” or “critical inner voice” is a concept used in popular psychology and in some forms of therapy. It describes a subpersonality, or force within us, that judges and demeans us. This voice tells you you’re bad, wrong, inadequate, stupid, fat, and/or ugly, and you wear funny shoes. It is the voice that tells you every decision you make is bad, every word you choose is the wrong one, and every idea you have is idiotic.

There are two recommended ways to deal with your inner abuser/critic/saboteur.

You Can Treat Your Inner Critic as an Enemy

You can decide that your inner saboteur is something to be conquered, overcome, or just ignored. Psychotherapists Robert W. Firestone and his daughter Lisa Firestone have done extensive work on this. Their book, Conquer Your Critical Inner Voice, outlines ways to turn self-criticism into statements that can be evaluated objectively. There’s a helpful article on their web site that gives a shorter explanation. There’s an even quicker read on the Tiny Buddha site that recommends some fairly easy and snappy backtalk to that inner voice:

So what? (You can say, so what if nobody’s going to read this? I like writing it and doing the best job I can.)

What if it doesn’t matter?

You Can Treat It as an Ally

Some therapists recommend treating your inner saboteur as a force to be befriended and transformed. I understand this is a method used in Inner Relationship Focusing and other forms of therapy. The assumption is that the inner critic is attempting to help or protect you—but in a sneaky and destructive way.  I found much less written about this approach than about the first one, although I did find an article on “How to Leverage Your Inner Saboteur.”  It recommends knowing what beliefs your inner critic is working with: is it echoing your parents? The meanest thing any teacher ever said to you? What some bully said to you in third grade?

It also recommends asking yourself what you really want, and exploring that, and finally asking your saboteur what’s really going on. I’ve tried a primitive means of doing this. I call it “interviewing,” asking my inner critic, “Why did you say that?” And listening for the answer.  Journaling helps.

Does Your Inner Critic Have Any Positive Use?

Lisa Firestone, when asked if the inner critic had any positive use, answered with a point-blank, “No.” She said it might be a voice within us saying it was just trying to keep us safe, but it really just enforces feelings of guilt and shame and worthlessness. She also points out that if this were a useful survival trait, it might show up in other animals. She says, “If a hunting lion pounces at zebra but misses, the lion doesn’t mope around thinking about what an awful lion he is; he moves to another water hole because he still has to eat to survive. If the lion were to listen to his critical inner voice he would never get any food and would eventually die. It’s the same with humans; even if a criticism is true about you, it is never appropriate to be nasty or degrading toward yourself. ”

I’ve been thinking that perhaps the inner critic may be useful, or at least once was useful. Maybe it’s the mechanism that tells you, “No, you idiot, you can’t fly, so don’t jump off the roof.” That sounds like the superego, the part of our psyche that tells us not to be greedy, not to be selfish, not to hurt others. Since it has some raw and powerful emotions to counteract, it would have to be a raw and powerful force, too.

Perhaps there is an evolutionary reason that we would have a voice constantly telling us not to be different, not to ask questions, not to be brave.

But we’re creative writers. We need to be different. Ask questions. Be brave.

I have not yet read Pat B. Allen’s book Art Is a Way of Knowing, which reportedly discusses ways of befriending and transforming your inner critic. It looks interesting. I’ll let you know what I find out.

For ways to generate ideas–no matter what your inner critic says, take a look at my earlier post, Novel Ideas: How Writers Find Inspiration.

How do you deal with your inner critic? Inner critics are tough and resilient. Anything you can share will be welcome!

Previous Next
May 28th, 2019|General, Writers and Writing|0 Comments