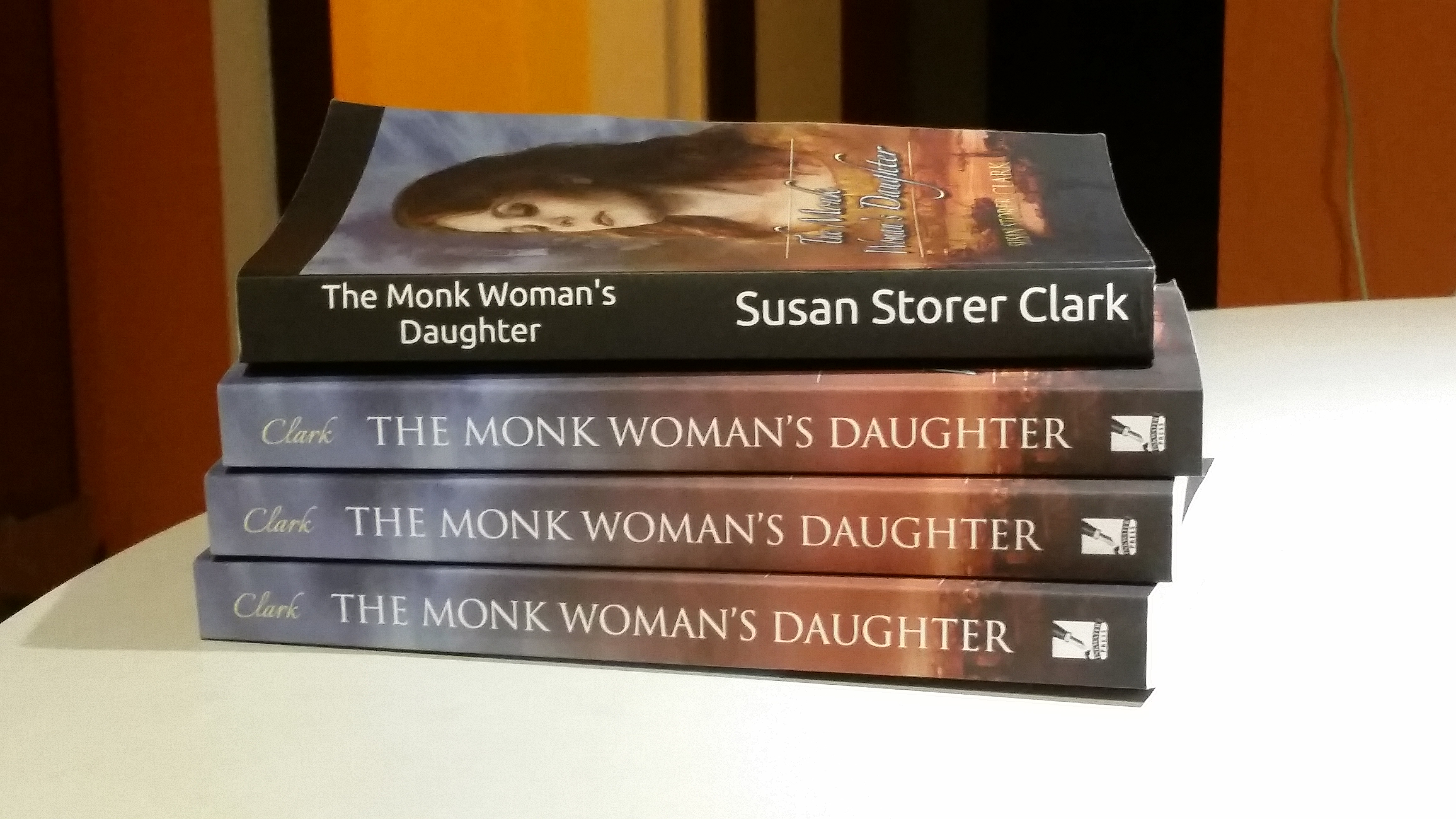 My book was published as a Kindle!

My first novel, The Monk Woman’s Daughter, and I had survived so much together. We had gone through thirteen years of research and writing, and re-researching and rewriting. I had found no agent to represent us, no publisher to step forward. So I published the book, all by myself, on Amazon, as an e-book. Kindle.

My book was published. People who downloaded Kindle books could buy it, and a few people did. The people who bought it were mostly my really good friends and treasured relatives. And to them I’m eternally grateful.

Now there’s a surprise. Those of us who are authors and publishers have been hearing for years about how e-books, electronic publishing, will totally overtake paper publishing.

Here’s a flash. It hasn’t happened yet. It certainly hadn’t happened a year ago. At least among people who read first-time authors of historical fiction.

So when I talked to people about my book, which I often did and still do, I found that they didn’t use Kindle. They didn’t read e-books. There were lots of reasons, but the salient fact was that they just didn’t. And don’t.

So back I went, to the Amazon KDP site, where they tell you how you can Publish In Paperback.

When I went there, I noticed that the site was still in beta, which it had been for at least a year. What the heck, it was all I had.

There is an old joke menu, probably prevalent in many professions. I remember it from video production:

“How do you want it?

Let me tell you, when you want it free: it won’t be fast. And if it’s going to be good? It’s totally up to you and how much work you’re willing to put in. And the chances are very good it still won’t be exactly what you want.

I wanted it to be free. I still wanted it as good as I could make it, but that meant it would not be fast, and I was on my own to make it good.

That meant I had to come in with my manuscript really scrupulously edited—that cost me a few hundred dollars for my first editor, through Upwork. (Do you really think you can edit your own work? No, you can’t. You’ve read your own work so many times you can’t really see it any more.) One thing I remember from my years in broadcasting and my few years in print journalism: we all need editors. An author needs to be that humble. Really.

I had to decide what I wanted for the size: was there some significant marketing difference in saying it should be 8 ½ by 5 3/8, as opposed to 9 by 6? What if I chose Georgian font over Times New Roman, would it show I was a total idiot? And the graphics of the cover—I could make it fit, but not make it look the way a graphic artist could. Would it be okay?

Check the picture on this post and make your own judgment. The top paperback is the one I designed. The others in the stack were designed by a professional.

Can you see why I don’t do graphics for a living?

Uploading the book was an absolute nightmare. (It may be different now. Remember, I was using the beta program.)

It lost words. It lost whole sentences. It repeated sections. I had to read the same book I had written, rewritten, read, and reread over and over again to make sure it didn’t look stupid and amateurish.

Tech support? Did you read my last post, about how you have to hunt down these folks through customer service? I tried it again, and couldn’t find anyone who could/would help me with that problem.

Maybe it was the worst three days of my life, or the worst week, or the worst ten days–all in front of my computer going over and over the same material, trying to make sure there wasn’t some embarrassing mistake. I really don’t remember how long it was, but I remember vividly feeling like I was in an endlessly looping really bad dream.

Yes, they tell you that you can change it after it’s published. I didn’t care. I didn’t want to publish a bad product in the first place.

After I finally went through and uploaded it for the last time, I lay awake all night staring into the darkness.

Ask me about my memory of that time, and I’ll tell you I held my breath for days. Scientific analysis would likely tell you that’s impossible.

I had a real print and paper book. Well, okay, it was print on demand. Which meant that when somebody ordered it, Amazon would print it and send it to them. I ordered it, just to make sure.

If people ordered it on Amazon, they would get an actual recognizable book they could hold in their hands.  And they could read it.

But it still didn’t work out the way I wanted. And I decided to move on from Amazon.

I’ll tell you why soon, as I tell you more adventures in publishing. Only the next adventures were not with Amazon.

In case you’d like to buy this wonderful book now, here’s the link!