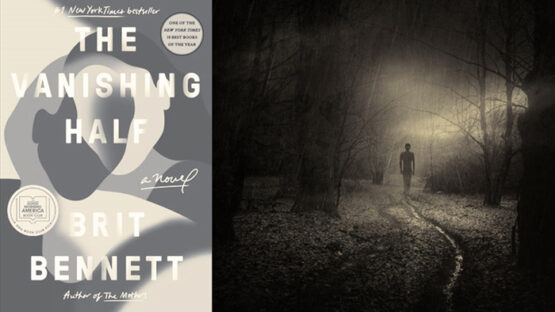 is a multi-layered story involving a Black woman passing for white. My book club, along with at least 400,000 other people, enjoyed Brit Bennett’s novel about twin sisters, both light-skinned Black women, who lead separate lives after one of them, Stella, disappears from their lives to pass as a white woman. She leaves no trace, has no communication with her family. For much of the book, they don’t know if she is dead or alive.

Stella marries a white man, who believes she is white. They have a daughter. She never tells anyone her secret. Her life is prosperous, pampered even. She makes racist remarks and plays an important part in driving away the one Black family that moves into their neighborhood. Her Black neighbor, just before she leaves, calls Stella “the loneliest woman in the neighborhood.” The description fits.

Stella’s story is common in fiction, and more common in real life than we might know, especially those of us who are white. It has been such a disadvantage to be Black in America that passing probably has happened far more often than we know. DNA testing has shown that about 10% of white Southerners have African ancestry. It’s about 12% in South Carolina and Louisiana. To some of these white folks, the news comes as a surprise.

Somewhere along the line, someone—or maybe several people—made the decision to hide their ancestry. To deny who they were. Sometimes at a painful cost.

In her book A Chosen Exile: Black People Passing in White America, historian Allyson Hobbs wrote about a Black woman who, at her mother’s urging, had moved away and passed as white for many years. When her mother called to tell her that her father was dying, and she needed to come home, she replied, “I can’t. I’m a white woman now.”

Bliss Broyard’s One Drop is the only book I’ve ever heard described as “an investigative memoir.” As her father, writer and critic Anatole Broyard, lay dying, her mother told the children for the first time that their father was “part black.” Bliss Broyard was fascinated. She writes that she’d always known there were important things her father hid. She discovered that her father was descended from the “free people of color” of New Orleans, that her grandfather had passed for white during World War II and afterwards, cutting himself off from the rest of his family.

The family was economically better off for it. He could join unions that were closed to Black people, thus getting better work. He had far more opportunities as a white man than a Black one. Anatole chose, in the words of the New York Times, a “ruthless and cowardly jettisoning of his black family,” and to be passive about the Civil Rights movement.

I have a longtime friend who until recently believed the family story that her great-great-grandmother was a Choctaw. A DNA test, though, showed my friend has no Native American blood, but does have a great-great grandmother’s percentage in African descent. My friend, who is more than a little racist, does not wish to discuss it. I wonder how many family stories claiming Native American descent have exactly this explanation.

Where did the lie start? With great-great-grandmother herself? With her family, so ashamed of her dark skin and so afraid of its consequences that they had to lie about who and what she was? Who they were?

Part of the horror is that it was a reasonable fear. Being of African descent could cost you property rights, protection of the laws, economic opportunity, the right to vote. Part of what it means to be white is that people like us created that situation.

Other Ways of Passing

History and literature are full of accounts of people who have pretended to be something they were not. Peasants passed as kings, men pretended to be women and vice-versa, for adventure, safety, economic gain or even some imaginary advantage. Wikipedia has an entertaining list of famous impostors. Obviously, it’s incomplete; this list only includes people who got caught.

Wikipedia’s article on Passing (sociology) describes Black or biracial Americans who passed as white to get a college education. It also mentions people who fake a disability they don’t have, as well as those with disabilities who try to disguise them. It describes “masking” behavior by autistic people so they can pass as non-disabled. “This can involve behavior like suppressing or redirecting repetitive movements, avoiding talking about one’s interests, or faking a smile in an environment that feels uncomfortable or distressing. Masking may be done to reduce the risk of ostracism or abuse. Autistic masking is correlated with a higher risk of depression and suicide. It can also lead to exhaustion.”

I know of no similar studies in people who are hiding conditions that are not autism, but I imagine the strains are very similar.

Being Who We Are

In The Vanishing Half, Bennett creates a sort of “mirror” character for Stella: Reese Carter, a young man whose birth certificate said “female.” Reese’s family is horrified that he identifies as a man. He has left them and makes no effort at contact. Reese is, in other words, as dead to his family as Stella is to hers. To be completely who he is, he must deny part of who he is—his family.

It is a different choice, but his choice, too is a struggle.

This is part of a series, “What Does It Mean to Be White?”

Here are the citations for the articles about autism, masking, and suicide.

Tara Haelle (2018). “The Consequences of Compensation in Autism”. Neurology Advisor.

Please leave your comments at the bottom of the page, and subscribe to my newsletter if you haven’t already!

Previous Next
May 3rd, 2021|Racism/Anti-Racism|0 Comments