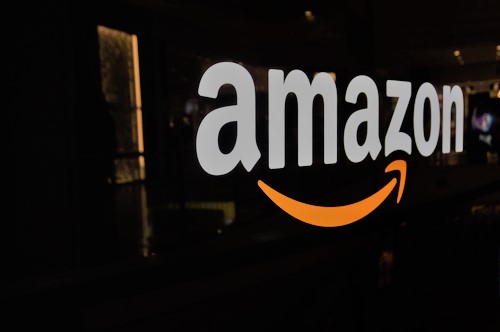 I’m glad I published my first novel through Amazon, but I’m going to be moving to another publisher soon. Here’s why.

Lots of writers have been in the position I was. Maybe you’re one of them, or some day may be. I’d worked on a novel for years, researched, rewritten, and workshopped it until I had something I was happy with and wanted to get published. You thought getting the book written was the hard part?

The traditional route to publishing is to get an agent interested in you and your work, and then work with the agent until you have a publisher.

I tried. I researched agents, polished my pitch, used AgentQuery to refine my search. Every agent seemed to want a different presentation, and I made sure my presentation fit their guidelines.

How was the response? Really discouraging. If you thought your inner critic was active while you were writing, wait until you’re looking for an agent. Many agents don’t even bother to have an automatic response to your query, you know: “Got your note. If we don’t get back to you, it’s because we don’t care.”

After a while, even that got points with me. Other agents at least replied, some showed interest, some asked for pages, a few for the full manuscript. A couple asked for rewrites, which I did. One was really interested, but she got sick.

I don’t think that was because of my manuscript.

You can keep going on this process forever, but I decided my soul could only take so much crushing.  I decided to query 100 agents and then quit.

I did query 100 agents. I can show you the spreadsheet.

You know the results. Zip, zero, zilch, and nada.

I still didn’t want to give up.

I know people have had mixed results with self-publishing, paying a publisher to put the book out. I know others who paid out a lot of money, and ended up with a garage full of copies of their beloved book. I didn’t want to do that, either.

Here’s What I Did

I went to Kindle Direct Publishing. As the name implies, you can publish direct to Kindle format, and they also have a paperback publishing program. These services do not come with any marketing or guidance or editing. Other self-publishers provide those things, but of course they charge.

I rewrote the book the way I wanted it. There were a couple of things I did pay for: an editor because I think to go without one is literary suicide, and art work for my cover. (I found a free-lance artist on Upwork, and was very happy with his work, his attitude, and his prices. His name is Nick Bowen, and he’s no longer available on Upwork, but a lot of other good people are.)

When it was ready, I went into the KDP site and uploaded my manuscript. Yes, it was more complicated than that, and it took several days and innumerable frustrating tries, and there’s no more tech support than there is on other Amazon enterprises, so it wasn’t easy. But at the end of December, my book was up for sale on Amazon.

Then I worked through their paperback software, which seemed to be in some kind of beta format,. It only accepted an older version of Word than the one I’ve got. Getting through that program involved a lot of swearing and snarling, and the book cover I designed is, frankly, a little clunky. But the paperback came out in mid-January 2017.

Why I’m Glad I Did It

I feel that I’ve done right by my book. It’s out there. People have been buying it and reading it, and, okay, they’re mostly my friends, but people whose opinions I respect have enjoyed it. And I have actual ROYALTIES as an author! Only about 300 bucks so far, but it’s very satisfying.

I have something to sell with a web site. I have wanted to have a site up, and to be blogging about history, historical fiction, writing, and anything else that makes sense (or no sense) to me, but I really needed a reason to be out in the commercial world. And a published book does that.

I’ve talked to one book club and look forward to talking to more.

Why I’ll Be Moving to Another Publisher Soon

Authors tell me that even the big publishing houses don’t do nearly as much sales and publicity work as they used to, and that the author has to do a lot of both.

Amazon doesn’t make it easy. There’s no author’s discount for you to buy copies to sell at personal appearances, and they don’t sell wholesale to bookstores.

Bookstores are their competition. Duh.

I want to go to bookstores to do readings and sell my book. So I have signed with another publisher, Inkwater Press of Portland, Oregon.  I’ve had the privilege of working with an excellent editor, and look forward to the design process. This is costing money, and I will of course have to withdraw my book from Amazon, but I don’t think I’d have had the faith to spend the money with another publisher if I hadn’t tried Amazon first.

Previous Next
May 22nd, 2017|General, Writers and Writing|0 Comments