She Didn’t Deserve to Die 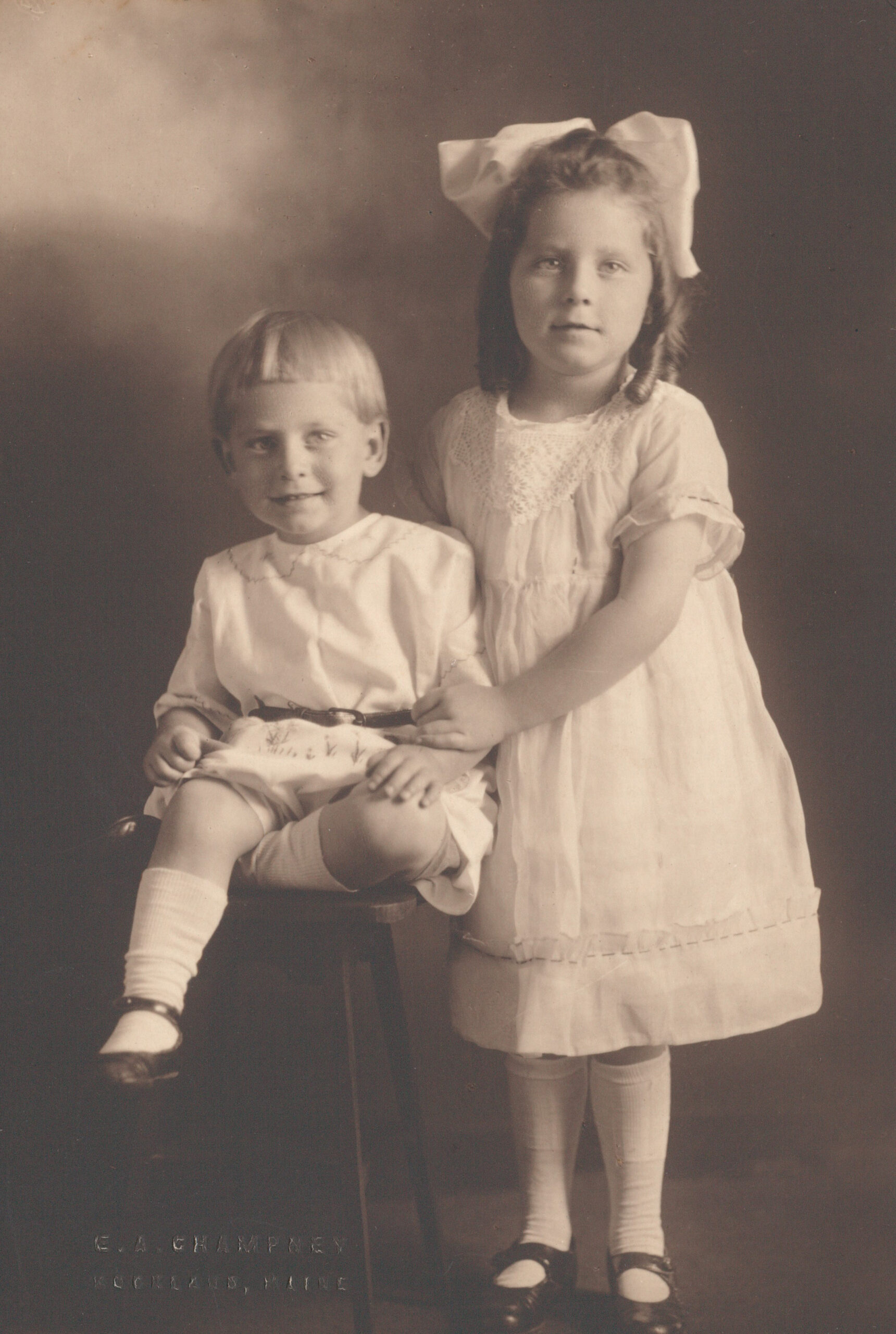 I asked my grandmother, Frances’s mother, what happened to her, how did she die? Grammie said, “Pneumonia,” and went back to her knitting in a way that told me the conversation was over. Many years later, after every family member who was alive in 1935 had died, I found out from a cousin that Frances had died of a botched abortion.

Here’s what I know about Frances: she played piano, as did my grandmother and my dad. I have some piano sheet music with her name on it. She was probably smart. Her three brothers certainly were: two of them left their hometown and became doctors.

Frances was still in high school when she died, and since she was in school that long I figure she was on track to graduate. The 1936 yearbook carried a tribute to her. It’s a little poem that says, in part, “May we wish her all the joys denied to her while living.” I’m not sure exactly what that refers to, but times were certainly hard. It was the depths of the Great Depression. The 1930 census shows that her family had taken in lodgers, which was often a way to make ends meet. The only male lodger was 74 years old, so I think he’s an unlikely candidate to have made Frances pregnant, but of course I have no way of knowing.

I wonder why she decided on an abortion, or even if the decision was made for her. Was it because her family couldn’t afford another mouth to feed? Was it the shame she would bear in a little town for having a child “out of wedlock?” It would very likely condemn her to a life of poverty, or even prostitution.  Had the man who made her pregnant threatened to harm her, even kill her, if she didn’t get an abortion? Who was he? A high-school sweetheart? An unemployed man in his 20s? Such men often prey on high school girls. It could have been incest, someone in her own family. That’s unpleasant for me to think about, but it would have been true horror for Frances to face.

Abortion has been frequently practiced in most human societies. It was legal under British common law until “quickening,” or movement, that usually happens between 18 and 20 weeks of pregnancy. Abortions were a part of life. While they weren’t considered a nice thing to do or talk about, they were a fact of life for women in every segment of society. Over the course of history and in most societies, it has been considered a woman’s choice to make. In some cases, such as among the patricians of ancient Rome, a married woman and any children she might bear were considered her husband’s property. If her husband decided not to accept a child after it was born, that child could be taken out into the wilderness and abandoned to die.

The Bible says nothing about abortion.

Abortion was Common in early U.S.

In the United States, before the middle of the 19th century, abortion was usually helped along by midwives. The usual means was through herbal medications. These were often toxic and could harm or kill the mother, so they had to be used by someone who knew what she was doing.

In the mid-19th century, the fledgling American Medical Association began pushing for restrictions on abortions, as well as laws against having midwives assist at births. By 1935, abortions were illegal in every state of the union, but women continued to get them. Skill with the necessary herbs was mostly a dead art, so pregnant women attempted abortions with knitting needles, coat hangers, or douching with lye. Some survived. Frances did not.

Her unborn child didn’t survive, either.

When Frances died, laws trying to prevent abortion, teenage pregnancy, and premarital sex were at their harshest that they have ever been in the United States. Not only was it a crime to get an abortion, but premarital sex itself also was a crime in many states. The Comstock Laws prevented sending out materials about contraception and abortion through the mail. They even made it a crime to send out information about venereal disease, even to medical students. Nonetheless, American physicians performed an estimated 800,000 legal abortions a year in the 1930s, usually to save the life of the mother.

We have no idea how many illegal abortions there were, or how many women died. We know about a few because criminal charges were brought, against an abortionist, or perhaps the man who made the woman pregnant and then killed her. Most families, like mine, didn’t talk about it. I can’t find a death certificate for Frances, or even a specific date of death. The headstone on her grave only gives the year.

What Works to Lower Abortion Rates?

Laws criminalizing abortion do not prevent it. They just make it more dangerous.

What has worked to lower abortion rates? Better means of contraception, for one thing, and more information about it. Right after the Roe v. Wade decision, the number of legal abortions climbed each year, when they began to decline. As I write, abortion is still legal in the United States, and the number of legal abortions has declined to the level they were in 1972, when the decision was made.

Comprehensive sex education, which provides information on contraception and a wide variety of sexual issues, has been shown to coincide with a decline in teen pregnancy and abortion. Abstinence-only sex education, however, has been shown to coincide with an increase in teen pregnancy and abortion. In spite of that, the same people who propose criminalizing abortion often endorse abstinence-only sex education in schools, that is, if they support any at all.

In 2021 alone, U.S. states enacted more than 100 anti-abortion laws. That capped a decade-long burst of legislation producing hundreds more laws. I can only find one state law passed in that time, Colorado’s, that provided comprehensive sex education.

What About the Babies?

Frances didn’t deserve to die. Nor did her unborn child. Our culture does not welcome children into the world, particularly if their parents are poor. We shame women who get pregnant when they don’t want to, calling them sluts and unfeeling monsters, and implying that they deserve what they get.

We put up with a maternal and infant mortality rate that is almost the worst among high-income countries. It is the only rate that is getting worse, and that worsening is directly traceable to public health policy. It has been worsening for the last decade, during the time when state legislatures were busy passing laws against abortions.

We have a culture of hostility toward single mothers, particularly poor ones, built into our social services legislation. Women get arrested for having a miscarriage. We blame women who have late-term abortions, even though those often stem from a situation that is already horrific. Our actions and our laws show that we care more about controlling women’s sexuality and fertility more than we care about their health or that of their children. As I write this, we’re waiting for a Supreme Court decision that most of us expect to overturn Roe v. Wade.

There’s so much being written now in the abortion debate, and I anticipate so much more after the upcoming Supreme Court action, that it’s not particularly useful to recommend books.

Something worth considering, though, is the fact that the most likely reason for a woman to die when she’s pregnant, or shortly after she delivers a baby, is that someone kills her. Her killer is most likely to be her domestic partner. A study published in Obstetrics and Gynecology concluded, “Homicide is a leading cause of death during pregnancy and the postpartum period in the United States.” I’ll probably consider our heritage of murder ballads in a later post.

For a compassionate and well-informed defense of late-term abortion, it’s hard to beat former Presidential candidate and current Secretary of Transportation Pete Buttigieg in a Fox news presentation.