Slave Trade History Without the Lectures 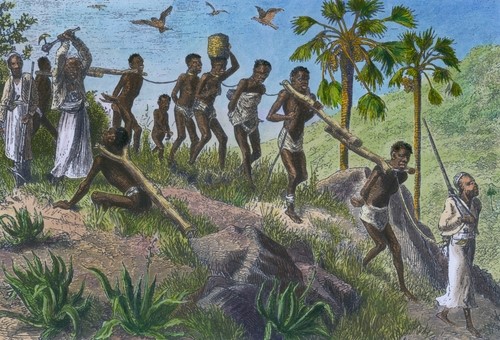 Yaa Gyasi’s Homegoing has made an impression. Her historical novel about the African slave trade and American racism won the National Book Critics Circle’s John Leonard Prize for the best debut novel, and was cited by the National Book Foundation in its “Five Under 35” showcase for young writers. It is a stunning feat of storytelling, tracing two family lines through eight generations.

Her book illuminates the enduring evil of slavery in two societies, gives us memorable human stories, and does it all without sentimentality or lecturing.

“Homegoing” is an old-fashioned African-American term for a funeral, one that also refers to an old belief that an enslaved person’s soul could journey back to Africa after death. It’s a belief that implies a profound connection with the ancestors. Yet, as she traces these generations, the families are smashed time after time, the connection with the ancestors broken.

Gyasi’s story flows from the 18th century to the present day, telling the story through two half-sisters. Esi is sold as a slave and taken to the Americas. Effia is given in marriage to a British soldier, a captain at the Cape Coast Castle, a slave castle on what was then the Gold Coast and is now Ghana.

The mother of both Esi and Effia was a Fante woman, living as a slave among the Asante when Effia is born. She abandons her baby during a fire; she flees to her own people, where she gives birth to Esi. Esi is captured as a slave by Asante, sold to the British, raped by a British soldier. She bears a child of that rape, and her child is sold from her in the American South. Children are taken repeatedly from their parents in this story, by the system of slavery in the United States and the system of oppression that replaces it.

Effia’s descendants remain in Africa, where African slaves were often sold to white traders by other Africans. Slavery has for centuries been a byproduct of war, in civilizations all over the world. Slaves were often people captured in war. Victors usually enslaved those they thought they could use and killed the others, or held them for ransom. But the West African slave trade was so lucrative that the Fante and Asante fought each other expressly to capture slaves, taking children from parents, parents from children, brothers and sisters apart from each other.

In one scene, at the funeral of an Asante king, a young woman refuses to shake the hand of a young Fante man, who is also the grandson of the Asante king. She says, “I will not shake the hand of a slaver.” And he says he is Fante, but also Asante. “Was my grandfather not your king?” And the point is, both ethnicities regarded each other as slavers, and both of them were. The two young people in this scene decide to try to live outside the system. The result is also family-shattering, with repercussions for generations.

Gyasi’s epic also sweeps through the United States, southern plantations, the shipyards of Baltimore, the jazz clubs of Harlem, and the coal mines of Alabama, where black convicts were sold as labor. She paints a devastating series of events set in motion by the passage of the Fugitive Slave Act in 1850, which effectively criminalized African skin color. African Americans living anywhere could be presumed slaves, and free black people, who often were not allowed to testify in their own behalf, were often simply kidnapped and sold as slaves. The story of Twelve Years a Slave was not as rare as many people might like to think.

Slavery By Another Name

Her story takes us to Alabama in the 1880s, where one of Esi’s descendants is rounded up for a minor offense and sold as part of a chain gang to work in the mines near Birmingham.

Historian Douglas Blackmon won the Pulitzer Prize in 2009 for Slavery by Another Name: The Re-Enslavement of Black Americans from the Civil War Until World War II, a book on Alabama’s convict lease system. He argued that, while the violence of the Ku Klux Klan may have been dramatic, it was the regular function of the legal and economic system that created the constant and pervasive terror that kept blacks subjugated until the civil rights movement. In a 2010 interview, Blackmon said, “I don’t think Birmingham or anywhere else has confronted the magnitude of what happened.”

It isn’t just Birmingham that needs to confront and understand what happened. Many of us do. Gyasi’s story, told unsentimentally and without rancor or lectures, is an engrossing way to learn. Stanford University obviously thinks it is; Stanford has made Homegoing required reading for all its incoming freshmen.