The Evil We Must Name 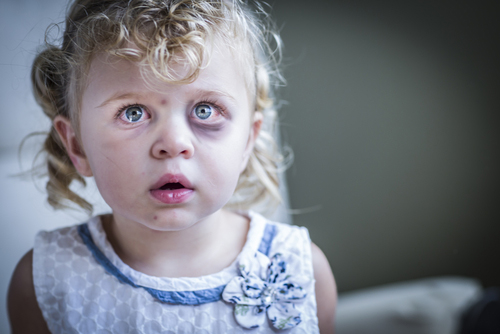 Twenty years ago, a woman named Debbie Vasquez, who had been molested as a 14-year-old by her Southern Baptist pastor, begged the Southern Baptist Convention and its 47,000 churches to track sexual predators and take action against congregations that harbored or concealed abusers. They ignored her. The Houston Chronicle, as part of its stunning and wide-ranging exposé, has compiled the database Ms. Vasquez asked for, listing officials and volunteers convicted of sex crimes. Not just accused: convicted.

The week before, it was the Catholic Church.  Pope Francis acknowledged sexual abuse of nuns by priests and bishops, saying that such “sexual slavery” had gone on too long. His comment also came only after decades of reports—and Vatican spokesmen quickly tried to backpedal the “slavery” part of the remark.  Still, one 1998 report had clearly described sexual harassment or even rape by priests and bishops as “allegedly common, ”  and added, “When a sister becomes pregnant, the priest insists that she have an abortion. . .The sister is usually dismissed from her congregation while the priest is often only moved to another parish — or sent for studies.” While the report focused on Africa, its authors were clear in pointing out that the problem was more widespread. And, like the Southern Baptists, the Catholics didn’t do much about it for 20 years.

Physical, sexual, and psychological abuse take place in many institutions: workplaces, prisons, the military, families—any place where the system supports one group of people and treats others like they don’t matter, they don’t know what they’re talking about, or their assertions of injury threaten the given order. We only have to think of what happened to slaves in this country, where owners could rape, injure, and even kill them, whatever they wanted, and slaves could do little or nothing.

Why Doesn’t This Sin Have Its Own Name?

Lots of us can name the Seven Deadly Sins: lust, greed, pride, envy, anger, sloth, and gluttony. (I say “lots of us” can do this—I actually had to look them up.) “Abuse” doesn’t quite cover it, as far as I’m concerned; people abuse alcohol and drugs, too, but they don’t do any harm to the alcohol or drugs. And this kind of abuse does enormous, long-lasting damage to its victims and survivors. Our modern world doesn’t much like the language of “sin” and “evil,” but I submit that this behavior is both. I would like a way to call it out for what it is.

The Destruction It Wreaks

I reflected a lot on such when I was writing my novel The Monk Woman’s Daughter. The “Monk woman” of the title was Maria Monk, a real character from history. She burst onto the world stage in 1836, pregnant, saying that she had been a nun in Montreal, and that she had been made pregnant by a priest. Her book The Awful Disclosures of Maria Monk, published that year in New York, quickly became a best-seller, the best-selling book ever published in the United States until it was overtaken by Uncle Tom’s Cabin in 1852. After her baby daughter was born, she went on the lecture circuit, wearing a nun’s habit and carrying the baby in her arms. She was a sensation there, too.

Catholics denounced her as a liar. Radical Protestants held her up as a paragon of assaulted virtue. Her book was serialized in the Protestant Vindicator newspaper as well as The New York Sun. After a while—after a second book, and after she bore another daughter and still wasn’t married—she began to lose credibility and dropped from view. She died in a women’s prison in the summer of 1849, having been sent there for theft.

Maria Monk’s book described sexual and physical abuse of nuns and the killing of babies, with the bodies being hidden beneath the convent. To be fair, I did not find her book to be a convincing first-person account.  If you read it closely—and I read it closely many times—it’s clear that these were mostly tales told to her by the other girls at the convent. She would not have made a credible witness in court—she was an alcoholic, and may often have said whatever she thought would please any powerful person in front of her.

And that’s the problem, isn’t it, with so many survivors of such abuse? They are often so damaged that they turn to alcohol, or drugs, and are often likely to say what they think people want to hear. They often make poor witnesses to their own abuse. There is also no doubt in my mind that anti-Catholic propagandists used her for their own purposes. In fact, her book belongs to a genre rightly described by historian Peter Gardella as “anti-Catholic pornography.”

While I am not convinced that Maria was telling the truth, I am convinced she was a victim of sexual abuse, and that authoritarian structures lend themselves to abuse of all kinds.  If you want to read more about Maria, check out “Who Was the Monk Woman?”

It’s not just priests who are abusers. It’s not just men. Nuns have been abusers, too. Just last August we learned of widespread abuse at an orphanage in Vermont, abuse that went on for years.

Migrant children who were separated from their parents at our southern border are still scattered, and authorities say they don’t know where. Have they been sold? Are they being trafficked? The fact that we can’t seem to find out hints that the worst is happening.

The most likely abusers of children are their own parents. Most studies say that around 75% of abusers are the parents. This isn’t just sexual abuse, it’s also physical abuse and severe neglect.

Why Does It Keep Happening?

Many different impulses drive abusers, but the most important reason it keeps happening is that hierarchical systems support it. If a soldier complains of sexual assault, then suddenly the whole command structure goes into defensive mode against her—or him. The nuns in Africa were told that the priests and bishops who abused them held the purse strings of the convent. Children’s complaints are dismissed, either because they can’t articulate them, or because the abuser is also the breadwinner and the child is silenced. When people complain about sexual harassment or even assault by a superior in the work place, they often find out very quickly that the harasser is considered “more important to the company,” and so their complaints will simply be swept aside.

I think the best summary came from Bill Clinton. When asked on CBS “60 Minutes” about why he treated Monica Lewinsky the way he did, he answered, “Just because I could.”