The Joy of Thanks: Saying “Thank You” to Inanimate Objects 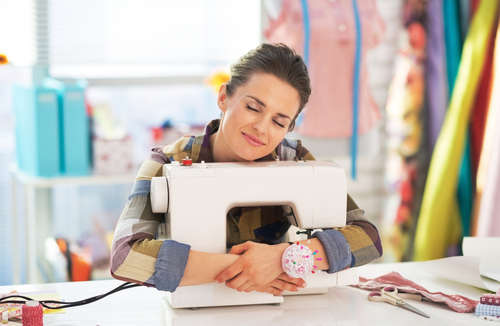 Lots of people recently enjoyed cleaning out their living quarters with Marie Kondo, getting rid of things that didn’t “spark joy.” Still, many people balked at one of her recommendations, which was saying, “Thank you” to inanimate objects, the ones that we’re getting rid of.

Kondo explained her method and philosophy by in her book, The Life Changing Magic of Tidying Up, and on the popular Netflix series of the same name. When she suggested saying  hello to the house, some people dismissed her as nuts.

I don’t. I’ve said goodbye to hotel rooms for years. I don’t think it does a thing for them. But it makes me happy.

The Joy of Thanks

Gratitude is not just an action, not just saying thank you, although it can involve those things. It is a positive emotion, and it can be triggered by actions or simply by thoughts of gratitude. Psychologist Robert Emmons has conducted extensive research on the effects of gratitude. One of the Emmons Lab studies found that expressing thanks can improve a sense of well-being, and that grateful people are less neurotic. Another found that gratitude is related inversely to depression, and positively to life satisfaction. That doesn’t mean people with depression should just try to be grateful. It does mean gratitude practices might be a helpful part of their therapy and treatment.

No Need to Say it Out Loud

I say thank you to a room, home, or building that has sheltered me. Not necessarily out loud, because I don’t think walls really have ears. But I do give a few seconds to thoughts of gratitude for the safety and shelter the building has offered.

A few years ago, when my husband and I were moving out of the house we’d lived in for 26 years. I walked around the empty rooms and offered some gratitude for the storms and heat we’d been sheltered from, the love we had shared, and the goodness of our everyday lives. It made the transition more joyous for me.

When you sell a car that has served you faithfully for many years, don’t you feel a little wistful? Like maybe it has a soul? Would you feel better if you just gave it a mental thank you?

Objects may not have feelings, but you do.

So, Who Are We Thanking?

Some of my atheist and agnostic friends tie themselves up in knots about Thanksgiving. They find a logical inconsistency in saying thank you when they don’t believe there’s an entity to say it to.

I think this is less a theological problem than a linguistic one. Giving thanks or saying thank you are both transitive expressions, in that they imply that there is an entity receiving those expressions. I think that’s a linguistic remnant of our long history of patriarchal language. Such language necessarily assumed that any expression of gratitude was due to some being that was more important than you were. I don’t think that’s true, though I will acknowledge that a mental thank you perks me up more than does mentally saying, “I’m grateful.” I can get over that. I don’t think the thanks you give need a recipient. Unless, of course, what you’re grateful for is the actions of another human being. People need to be thanked.

If you do believe in a god or gods, though, sending your gratitude in that direction will likely bring you joy.

Kondo’s method obviously has a spiritual component to it. She refers to appreciation of simplicity and cleanliness in Shinto and Buddhist traditions. There are also some Shinto traditions of honoring the spirits of inanimate objects. One is the 400-year-old Hari-Kuyo observance, in which broken sewing needles are thanked for their service, and laid to rest. Japanese scholars have been quick to point out that the animism underlying such traditions should not be taken too literally. Still, there’s a satisfaction in recognizing the objects that serve us.

Every one of us benefits from gifts we did not create. We did not give ourselves life. Nor did we create the sun, or water, but it gives a great lift to the heart to be grateful for these things.

The sun won’t stop shining on you if you don’t say thank you. It won’t shine just for you if you do. God will go on existing—or not—whether or not you give thanks. But the simple act of gratitude can bring joy into your life. It doesn’t cost you a thing. Doesn’t even make you fat.

And that’s something to be thankful for.

First of all, if you’re not familiar with the phenomenon, the “lifestyle brand,” that is Marie Kondo, it might be fun for you to check out her website. No, you don’t have to agree with everything she says. (She kinda lost me at folding the socks, and I certainly have never cut down to owning only 30 books. But she does give food for thought, and simple ways to make your life more orderly and joyful.)

There’s a 10-minute read on the KonMari phenomenon from a Japanese point of view on Medium.com’s website.

Nell Frizzel has a delightful take: “Saying Please and Thank You to Inanimate Objects is Nothing to be Embarrassed About.”

There are specialists’ opinions pro and con about whether this actually helps people who have emotional issues with their clutter: “Does It Really Help?”

And what about introducing this practice to your children?

Of course, there’s a lot on the ‘net about simple ways to make yourself happy, including former posts on this blog–one about dancing, one about singing with other people, one about group exercise and the smell of sweat (really!), and one about rain.