What’s a White Liberal to Do? Part 2 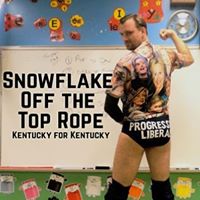 Here’s one of our great American myths: bigotry and racism were confined to the South, specifically the states of the old Confederacy. The ignorant bigoted white Southerner has been a stereotypical Hollywood villain for at least half a century. We even enshrined this belief in the Voting Rights Act of 1965, which had special provisions for Southern states, plus some jurisdictions with large American Indian populations. When the Supreme Court struck down those provisions in 2013, I had a brief glimmer of hope that maybe the special protections provided for voters in those areas might be extended nationwide.

Well, THAT hasn’t happened. That’s a discussion for another day.

The Seattle area, where I live, has a reputation as a progressive and enlightened society. People are often shocked to discover the racism of its past. It began early, with the anti-Chinese riots in 1886, when mobs forced nearly 900 Chinese to leave the city. From about 1910 until the 1960s, more than 400 communities in and around Seattle practiced overt and total exclusion of people of African, Asian, or any other non-white descent. The Coon Chicken Inn, which had as its logo a repulsive caricature, was popular in Seattle in the 1930s and 1940s. Seattle even had its own 1960s assassination of a civil rights leader when Edwin Pratt, the Executive Director of the Seattle Urban League, was gunned down on his own doorstep in 1969. One big difference between his killing and that of Medgar Evers in Mississippi is that nobody has ever been charged with Pratt’s murder.

In Oregon, it was illegal to be black

Even before it was a state, Oregon banned black people from living there.  When it wrote its constitution in 1857, it prohibited black people from being in the state, owning property, or entering into contracts. That clause in its constitution was not changed until the 1920s. In the 1940s, a young black man was convicted and executed for a murder he almost certainly did not commit.

Max G. Geir tells the compelling story of 20-year-old Robert E. Lee Fowlkes in The Color of Night: Race, Railroaders, and Murder in the Wartime West. A young woman is found with her throat slashed in the berth of a Pullman car; a white man is standing by her body with her blood on his hands and his clothing. The police don’t question him, but start questioning the staff of the dining car, all of whom are black. Fowlkes had no blood on his clothes, there were no knives missing from the kitchen, or any with blood on them. There was plenty of exonerating evidence, but none of it mattered, and Fowlkes was found guilty and died in an Oregon gas chamber.

History is not Destiny

Oregon’s history might tell you that it’s a hotbed of racism, and recent articles have said maybe it is.

Those three men who risked their lives to protect young women of color were all from Oregon. The two men who were killed were kind and generous men, committed to social justice, and the third has a longtime record as a poet opposed to racial and religious injustice. Poet Fletcher survived wounds that could easily have killed him, and appeared in court when charges were brought against Christian. Fletcher reportedly posted a video, which I cannot now access, pleading that there be less attention to him as a “white savior” and more to the young women who were the targets of the original attack. He is, after all, a poet, and he has given us this poem:

“That’s What Liberalism Gets You”

Christian, ranting in a police car after his arrest, said he liked to stab people in the neck. “People” was not the word he used. The word he used was bleeped and ***ed. He said, “That’s what liberalism gets you.”

So what’s a white liberal to do? Stand up. Speak up. Maybe get hurt, although it probably won’t come to that.

It can be as simple as signing a petition—there’s one in my Seattle suburb of Shoreline right now to get a local school named after Edwin Pratt, the civil rights leader killed here in 1969. I’ve signed it. (I will say, though, that it’s being supported by MoveOn, so you stand a risk of being on their mailing list forever.)

The stereotypical white liberal is oh-so-polite. You don’t have to do that. Look at Daniel Richards, who wrestles on the Appalachian Mountain Wrestling circuit as the “Progressive Liberal.” It’s a bad guy, or “heel” part, and he says his trash talk is what he really believes.

There are songs for this attitude, too. Some of them from the magnificent Anne Feeney. More on those, and her, in future posts.