What’s a White Liberal to Do? 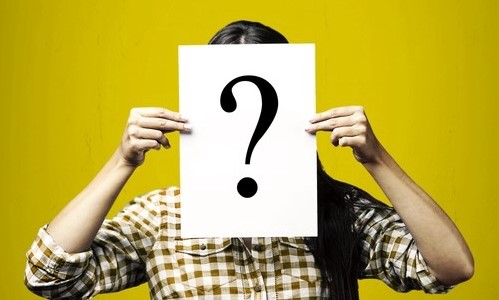 I get it that I’m privileged. I do. When the police stop me, I figure it’s probably a broken tail light, or that I forgot to put the new sticker on my license tag. I am not seized by a sudden terror that I might get killed, or disappear suddenly into the maze that is our justice and corrections system.  Nobody in this culture considers the color of my skin or the shape of my eyes to be an inflammatory political statement. I have very opinionated hair, but apparently it doesn’t say anything that’s politically controversial.

I think of my liberal politics as the social expression of my work to be a decent and compassionate person. So I found a recent story about “white liberal racism” to be disturbing. The public story is recent, but it refers to events last October, when teachers across Seattle wore “Black Lives Matter” t-shirts and taught about the movement. That kicked up a storm of controversy in some very white, very liberal areas.

Stephan Blanford, a Seattle school board member whose doctoral research focused on race and public education, was quoted by KUOW radio’s web site: “This is what I’ve come to call Seattle’s passive progressiveness. We vote the right way on issues. We believe the right way. But the second you challenge their privilege, you see the response.” He was talking about responses like this:  “Leave the politics out of it and work diligently and quietly to close the gap. . .It is beyond the comprehension of elementary school kids.”

How We’re the Problem

Some of my friends are saying that Martin Luther King, Jr. warned against the white liberals, calling them a dangerous obstacle to freedom. That’s not exactly what King said in his famous Letter from Birmingham Jail, but it is very much to the point.  “[O]ver the last few years I have been gravely disappointed with the white moderate. I have almost reached the regrettable conclusion that the Negro’s great stumbling block in the stride toward freedom is not the White Citizen’s Council-er or the Ku Klux Klanner, but the white moderate who is more devoted to “order” than to justice; who prefers a negative peace which is the absence of tension to a positive peace which is the presence of justice; who constantly says “I agree with you in the goal you seek, but I can’t agree with your methods of direct action.”

One fictional character illustrates the Southern white moderate of the Civil Rights era very well: Atticus Finch, both in his heroic incarnation in To Kill a Mockingbird and in his later incarnation in Harper Lee’s Go Set a Watchman. (If you haven’t read Watchman and don’t know what all the fuss is about, there was an excellent review in The New York Times.) I grew up in the South in the 1950s and 1960s, and I find the two sides of Atticus Finch to be entirely congruent. There were white people who worked diligently to have the justice system work fairly for all, who were dismayed at the disruption of the system that real progress required.  Yes, it’s appalling to read Atticus saying, ““Do you want Negroes by the carload in our schools and churches and theaters? Do you want them in our world?” His daughter says to him later, “I’ll never believe a word you say to me again. I despise you and everything you stand for.”

We are all mixtures of good and evil– you, me, and Atticus Finch. If a person had to be entirely evil to do evil, there would be a lot less evil done in this world. When good people are frightened, they may support an evil system, and it is very frightening to parents when their children are upset and afraid. That happened in northeast Seattle. One parent wrote about her 9-year-old daughter’s reaction to the Black Lives Matter discussion: “She said she ‘felt bad about being white,’ and that police lie and do bad things. The problem here for us is that her father is a Sergeant with the Seattle Police Dept. So not only did she receive a negative message about WHO she is, she also received a one-sided message about  what police are. Was this the goal? I thought ALL our kids were supposed to feel SAFE.”

Nobody wants children to feel frightened—especially their own children. Perhaps the discussion in that classroom was clumsily handled. Still, the evil system built by racism persists, and people who want things to be better have to recognize that, and act on it, before things will completely change.

There are lots of reasons it persists. One is that we don’t acknowledge all of our history; many people, particularly in the Pacific Northwest, think the racism that underpinned segregation only existed in the South. It didn’t. I’ll write more about that in my next blog post.

Also in my next post, I’ll look a little at a reaction white liberals have when we’re told we’re obstacles or stumbling blocks to progress. What do you want me to do? Walk away and leave the field to the bigots?