Who was “the Monk Woman?” 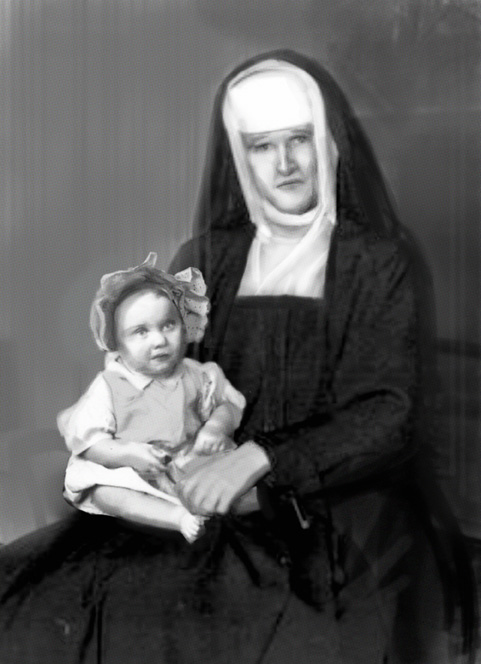 Who was “the Monk Woman?” And how did I end up writing about her daughter?

It was my curiosity about history that led me down a winding path to a real woman named Maria Monk, one of the most controversial people in 19th century America. Once I found her, my brain just couldn’t stop asking questions. First, confession time: I used to think American history was pretty boring, especially before the Civil War. It seemed to be a bunch of forgettable presidents, daring pioneers, rich plantation owners, and oppressed slaves, all represented by virtuous stereotypes.

I had lived in Maryland about 20 years before I realized that if I really cared about history, and I do, I should know more about my adopted state. About all I knew was that Maryland was founded in 1634 as a haven for Catholics, and—well, that was pretty much it. I guess I thought everybody more or less behaved themselves after that, except in the infield at the Preakness every year. Learning about Maryland history has turned out to be a real eye-opener. Stay with me here. I will tell you who Maria Monk was.

Baltimore in the 1800s was called “Mob Town,” not because of the presence of organized crime, but because riots were frequent, destructive, and deadly. Remember how our Founding Fathers set up a republic because they believed democracy was mob rule?”

A lot of the time what we had was mob rule, and not just in Baltimore. Who knew that a lot of political “caucuses” were saloon brawls? That the price of political support was often a barrel of whiskey? As for Maryland’s high-minded protection of Catholics, that stopped about 60 years after the founding, almost a hundred years before the American Revolution. By the 1840s and 50s, Maryland was a hotbed of anti-Catholic, anti-immigrant feeling, and featured a strong “Know-Nothing” party.

Who were the Know-Nothings?

Who were the Know-Nothings? While the name might have referred to their all-purpose ignorance, they were based on a secret organization. If you asked one of them about it, he was supposed to say, “I know nothing.” Their official name was the American and they were supported in many U.S. cities by the secret Order of the Sons of the Star-Spangled Banner. Or that Maryland in the 1850s had a legislature filled with members of the “Know-Nothing” party, which was virulently anti-Catholic. The mayor of Baltimore was a “Know-Nothing,” and Maryland went for the party in the presidential election of 1856. The election of 1856 was accompanied by a riot that killed five people, most of them Irish immigrants.

Anti-Catholic riots were common in U.S. cities, often accompanied by burning and vandalizing Catholic churches and convents. One very powerful rabble-rousing tool was the best-selling book in the country, all through the 1840s: The Awful Disclosures of Maria Monk.

Who was this Maria Monk? She was a real person. She turned up 19 and pregnant in New York City, saying that she had been a nun in Montreal, and that a priest was the father of her child. Her book was a lurid tale of systematic sexual abuse by priests, of baby killings, of the killing of a young nun who didn’t go along with the system. Her book was serialized in the New York Sun, which carried the announcement of the birth of her baby girl on January 10, 1836. Monk was a sensation on the lecture circuit, carrying her baby daughter in her arms.

People lost interest in her when she became pregnant again, although still not married, and investigations at the convent in Montreal didn’t back up her story. She disappeared from public view, and, in 1849, she was a prostitute in the notorious district of Five Points, where she was arrested for picking a customer’s pocket—prostitution itself was not illegal then. She died in the women’s prison on Blackwell’s Island. While people lost interest in her, Monk’s story had a life of its own, getting revived again and again. My copy of the book was published in 1998. The cover shows a young woman wearing a wimple. Just a wimple.

What happened to her baby girl?

So I wondered, what happened to her baby? What would life have been like for a little girl born with no known father, to such a controversial woman with such a pornographic story? I found no reliable records of that daughter’s life, so I decided to invent one.

What would life have been like for that little girl? She would have grown up poor, likely living the first years of her life in the slums of New York City. She would have had a little sister, Maria’s second child. Her mother’s alcoholism is pretty well documented, so that would have made her childrens’ life difficult. Prostitution was dangerous but legal, and often a poor woman’s most lucrative career choice. Street gangs with names like the Rip-Raps and the Plug Uglies held sway in the cities. I decided the Monk Woman’s daughter would have to be really smart and determined, and the more I thought about her, the more I liked her.

I gave her the name Vera St. John. Vera because it means “truth,” and St. John because that was the name of the father of Maria Monk’s second daughter.

So here’s what we have as a premise for a novel: A bright young woman living in turbulent America before the Civil War struggles to escape poverty, to be free to make her own choices. How can she succeed when women have so few choices, when fear and prejudice can have deadly consequences, and when her mother is the notorious Maria Monk?

Interested in some of the reading I did? Check out the Resources page.

And here’s the first chapter of The Monk Woman’s Daughter, free for you to download.