Why the Iowa Caucus Fiasco Matters to Me 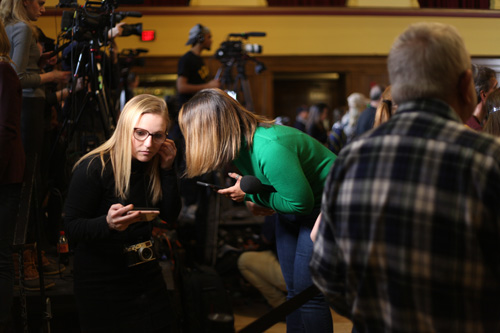 It was awful. Even I saw it coming, when I heard they hadn’t so much as tested the app they were going to use to get the tallies from Iowa’s Democratic caucuses. They were heading into a critical situation without testing to see if their crucial piece of equipment worked. It’s like going into battle without being sure your weapons work. Generals and admirals* have done that, sure, but they’ve rarely been the winners.

I’m planning to spend my activist time this election year encouraging people to register and vote. I’ve signed up with Common Purpose, to go do that in North Carolina next week. How am I going to get people to participate in a system that fails so miserably?

I’m not blaming the people of Iowa. Certainly not the ones who turned out and lined up, in good faith, to spend a valuable evening participating in a system they trusted. At first, I thought the precinct captains deserved some of the blame for waiting until election night to try to download the app onto their own phones. Then I found out that for many of them it was the only time it was available. The people of Iowa certainly don’t deserve the “DUH MOINES” headline screaming from the front page of the New York Post.

Remember the word “hubris?” Remember that it means excessive pride or overconfidence, just the kind that gets you in trouble? Sometimes folks who consider themselves tech-savvy are its victims.

Shadow, the company that developed the app for Iowa’s primary night, blamed a coding error, and you can bet they’ll fire some poor underling for that. I guess the company thinks it’s perfectly okay not to test an app well enough to catch a simple coding error.

Who does that? Who has such hubris that they just think anything they slap together will work perfectly? They issued a typical non-apology apology, regretting the delay in the reporting. But, they said, it didn’t actually change the results.

Kind of like pointing out that not everybody died on the Titanic.

President Trump gloated, of course, tweeting that the caucus confusion was an “unmitigated disaster” in a Twitter post on Tuesday. “Nothing works,” he said, “Just like they ran the Country.”

So that’s humiliating, especially for someone trying to get people to vote. Why am I going to spend my time—and my money—doing it?

It’s crucial for Americans to vote, especially groups who haven’t voted much in the past. That especially includes young people and people of color. I’ve been worried enough about how an old white lady like me can help, without this fiasco. What can I say now?

I’ve thought of one thing. Go ahead, ask me why you should register and vote. Then I’ll say to you, “Do you play a sport? Or do you follow a sports team?” If they say no, I’ll think of some other analogy. If they say yes, then I ask, “Do you think it’s important to turn up for every game, or just the ones you’re sure you’re going to win?” And listen to the answer.

I think it’s important to turn up for every game, even if the last one was humiliating. You could win the next one. More than that, I think if you don’t like the way the country’s going, you have to know that you’ve done something to turn it around.

To put it another way: if you have a rotten day at work–do you just not show up the next day? Or do you come back and try to do better?

One thing I like about Common Purpose is that its field leaders are often young, and often people of color. The same is true of our partner organization in Charlotte, North Carolina, You Can Vote, which trains and mobilizes volunteers to educate, register, and empower all North Carolina citizens to cast their ballot.

I’ll let you know in a week or so how it looks from my vantage point in Charlotte.

There have been many opinions expressed in the first 48 hours about the Iowa caucuses. One of my favorites is “The App that Broke the Iowa Caucuses,” by  Charlie Warzel.

From Tom Nichols, former Republican and author of The Death of Expertise: “This is No Way to Beat Trump.”

Doctors used to say that they would “view with alarm,” so that later they could “point with pride.” Maybe that’s what was going on when so many of us dreaded the Y2K crisis. Yeah, I know it never happened. But that’s a lot better than saying it will all be fine and then having everything tank.

*Okay, I was thinking specifically of the Spanish Armada, which was supposed to get assistance in Dutch harbors, but sent ships too big to get into them. See Garrett Mattingly, The Armada, and the foreword to Barbara Tuchman’s The March of Folly, in which she describes Philip II of Spain as “the surpassing woodenhead of all sovereigns,” because ”No experience of the failure of his policy could shake his belief in its essential excellence.” She was right. Critics just didn’t want to believe her about Vietnam.