Writers on Writing a Novel: How Do You Do It? 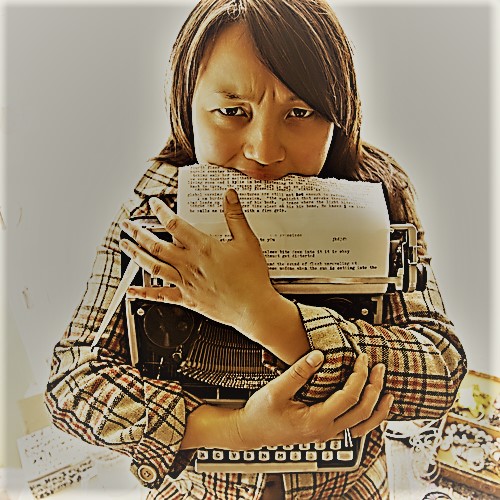 Maybe you know Margaret Mitchell wrote Gone With the Wind backwards, starting with the final scene and the final line. She said she’d always written that way, even as a reporter for The Atlanta Journal:  “You can imagine how my city editor loved me.”

Mitchell never wrote another book. The popularity of GWTW overwhelmed her life. Still, she maintained, the way to go was backwards. “[T]hen your characters can’t get away from you and misbehave, and do things you didn’t intend them to do in the beginning.”

And characters do tend to do that.

Agatha Christie would have means, motive, and murderer in mind before she started a book. John Irving told NPR that he writes the last line of his novels first, even typing up the last line and sending it on a postcard to a few friends. And the last sentence is always what he said it would be, down to the punctuation.

Ann Cleeves, who writes the wonderful Vera Stanhope series of murder mysteries, recently told The Seattle Times that she just starts writing. She doesn’t even know who committed the murder when she starts, and she says Ian Rankin writes the same way. Cleeves says she writes the way a reader reads, one chapter at a time, and she writes the next chapter because she wants to find out what happens. Lynn Kanter, whose novel Her Own Vietnam is the subject of an earlier post, says she’s “definitely a pantser.  For me, much of the joy of writing is that feeling of discovery, of choosing a starting point and just writing to explore what will develop. Sometimes you read to see what will happen next; sometimes you write for the same reason.”

Pantsers enjoy a greater freedom with following where their characters and discoveries will take them, but they also run a greater risk of getting lost or blocked.

People who write out where their book will take them are less likely to get stuck along the way. However, if they’re part of the way through (or most—or all the way through) and make the horrific discovery that they need to change the plan or the plot. . .It can be painful.

This plotter/pantser/planner discussion is probably only applicable to fiction. David O. Stewart, who writes both history and historical fiction, is a methodical planner. He writes an outline, refines it, refines it some more, until the book’s written—but only for fiction. He pointed out that when you’re writing history, you already know what happened. Or should.

Stephen King’s On Writing: A Memoir of the Craft has some advice that was invaluable to me. Write all the way through the first draft, then go back and fix it. I had been stuck for, oh, probably more than a year, fining and re-fining the first two chapters of The Monk Woman’s Daughter. His advice helped me push through to a first draft. Mind you, that first draft needed a lot of work, and I had to lose a few characters I dearly loved, but I think it’s very important, and very freeing, to get through that first draft.

It’s a process that’s a lot easier now with the advent of computers.

No matter how well we plan (or don’t) we do have to write the thing. If you’re a writer, you write. And if you’re a productive writer, you have a routine you follow. Here’s where most of us fall down—including me.

Writing has got to be your priority, the block in your schedule that you build everything else around. Mason Currey’s book, Daily Rituals: How Artists Work, found that successful writers typically rise early, work early, and count the words. They do it regularly.

John Gresham for years got up at 5 am, got to his office at 5:30, and wrote until the office day started. (I have to point out that he could leave the house early in the morning. Your schedule may differ.)

Word counts for novelists vary wildly, and you will have to find your own comfortable pace. My father, who wrote for textbooks of surgery, wrote four lines a day. Handwritten, in pencil. But he wanted them to be absolutely clear, and say what he wanted to say, before he moved on. He was very successful at this work, and always made his deadlines.

The excellent web site www.writerswrite.co.za compared the daily output of 39 writers. The champs were Michael Crichton and R.F. Delderfield, at 10,000 words a day apiece.  Terry Pratchett, the prolific author of the Discworld series, had a quota of 400 words a day—every day.

When I wrote my dissertation (262 pages, not counting footnotes) I used my dad’s magic number of four, and wrote four pages a day. When I’m writing a first draft, I now do four pages (about 1,000 words) or four hours, whichever comes first. So far, the four pages has always come first, but I like knowing that I’m not chained.

Are you a plotter, planner, pantser, or more of a plantser? Do you have a word quota? A special place to write? Do you need silence, or do you have music? Some authors say the headphones are a signal to their families that they’re not to be interrupted.  What materials do you like to have around you?

Are you thinking of doing the NaNoRiMo novel month this year?